As the original shirtmakers since 1949, it’s safe to say that GANT know a thing or two about the craftsmanship of the shirt. For GANT, the shirt is arguably the most versatile item in every wardrobe; Often seen as just a simple layering piece, the shirt is really so much more than that. Whether paired with your favourite jeans and a fitted blazer, or letting it peek out from under your go-to sweater, a GANT shirt always has you covered.

But what may, at first, appear to be a simple garment is in truth anything but. As the original shirtmakers since 1949, GANT is proud to be a pioneer of signature shirt features: from the hallmark locker loop and box pleat to the back-collar button, to name just a few.

In order to brush up on your shirt knowledge, we sought advice from our friends at GANT who provided us with a comprehensive guide to the anatomy of the shirt.

When it comes to the collar, it’s all about the details.

Though the sizes and styles may vary, the collar is what distinguishes a casual shirt from a more formal one. Nowadays, the standard collar for men is typically narrower, shorter and has a wider spread. From the classic button-down to the versatile spread, GANT has all your collar needs covered.

As the name suggests, this collar features buttons that hold the flaps down. Best suited to a more casual shirt, this collar is considered the least formal one. Shirts with a button-down collar have the advantage of holding the collar in place when pulling a sweater over and is seen as much more relaxed.

A no-nonsense collar, it features two buttons under the collar points to keep it from flying out to the side or falling under your suit jacket. Especially popular for those who prefer a clean, professional look without wearing a tie. 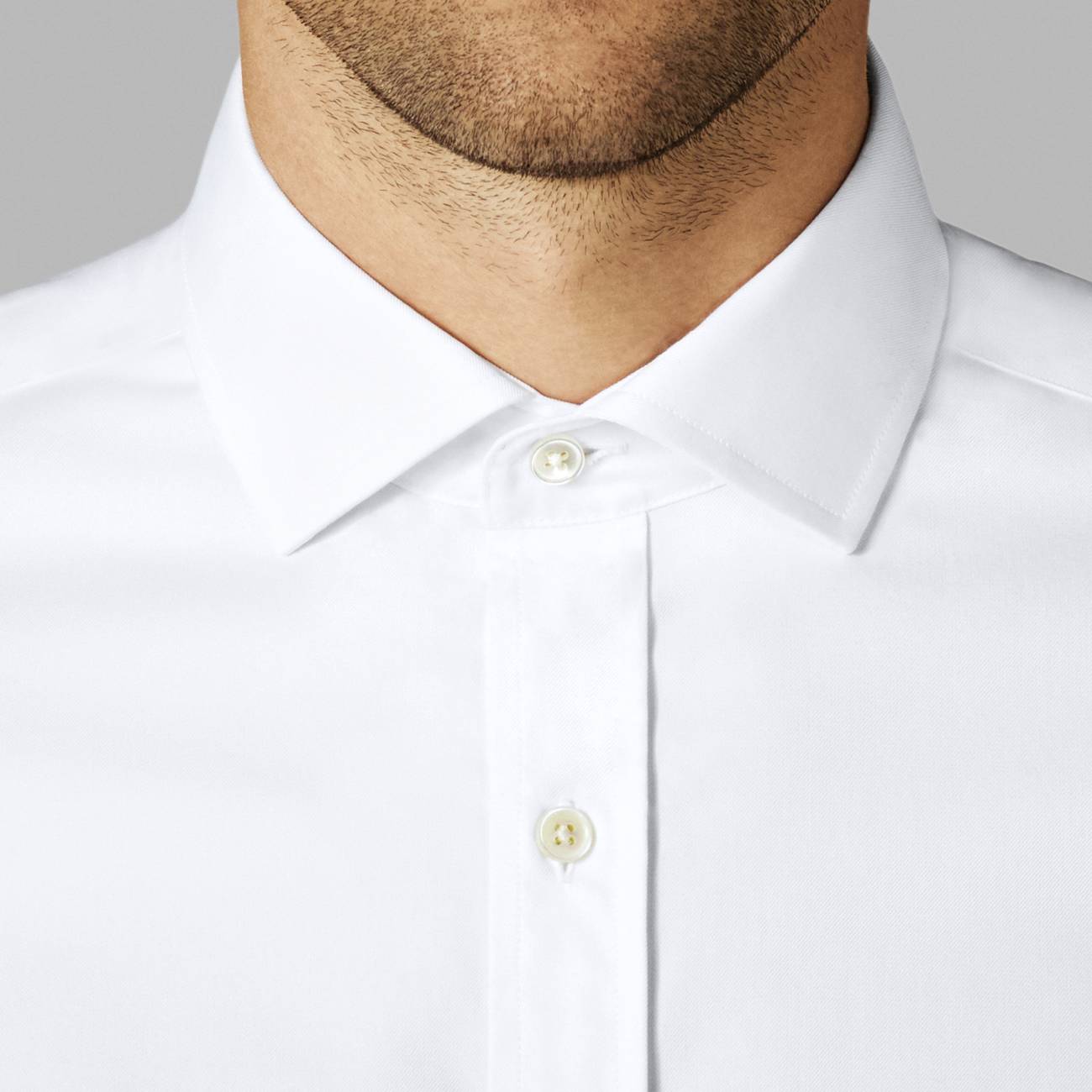 In this collar, the spread, or distance between the collar points, is wider than usual. Edward Prince of Wales is credited with popularising this collar in the 1900s, realising its compatibility with the Windsor knot. A versatile collar that works great for the office and after hours, it’s no wonder it’s a favourite of the well-dressed man.

Also known as the “golf collar” or “rounded collar,” this was the required collar at Eton (England’s elite boarding school) in the mid-19th century.

Sometimes referred to as a classic collar or modern cutaway, this type is a semi-spread, meaning it falls somewhere between a spread collar and a button-down collar.

Originally patented by Elliot Gant himself, this collar features a tab of additional fabric that buttons behind the tie knot. The tab pulls the collar flat to the neck, allowing the tie knot to stand on its own.

Reserved for the fanciest of occasions, this style made its debut during the early 1900s, known as the golden age of men’s formal wear. A gentlemanly bow tie fits this collar perfectly; just make sure to tuck down the “wings”.

Arguably one of the most important components on a shirt, the placket keeps your shirt looking smart and functioning well.

The shirt placket refers to the part of your shirt where the buttonholes are placed. Located at the centre front, plackets are almost always made with more than one layer of fabric. In the past, plackets were entirely separate pieces of cloth that were sewn to the front; today, the edges are simply folded. From conventional to concealed, read on for a mini-education on this essential shirt component. 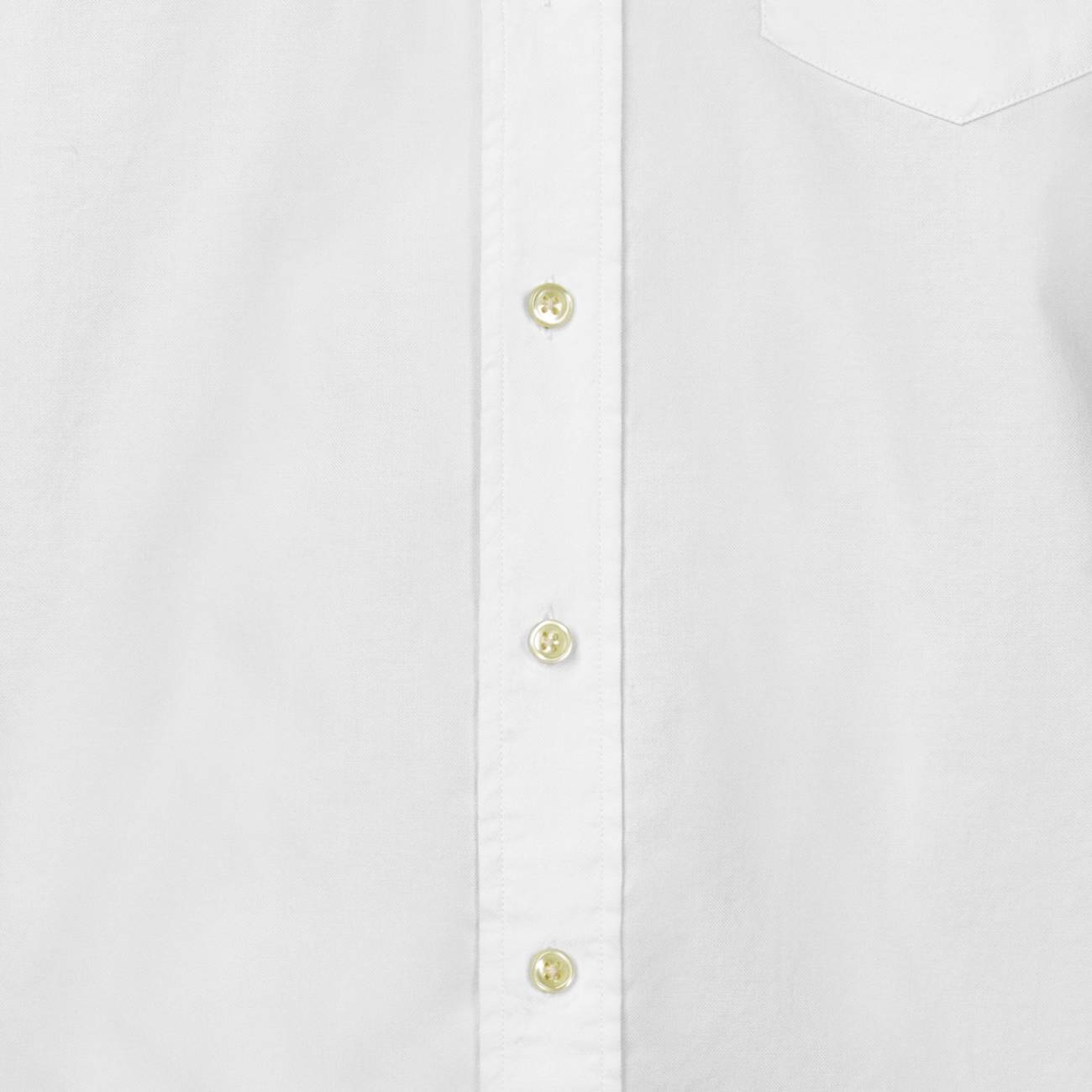 Found most often on dress shirts, this placket features fabric that has been folded over or attached as a separate piece to add stability to the shirtfront and give it a symmetrical appearance. 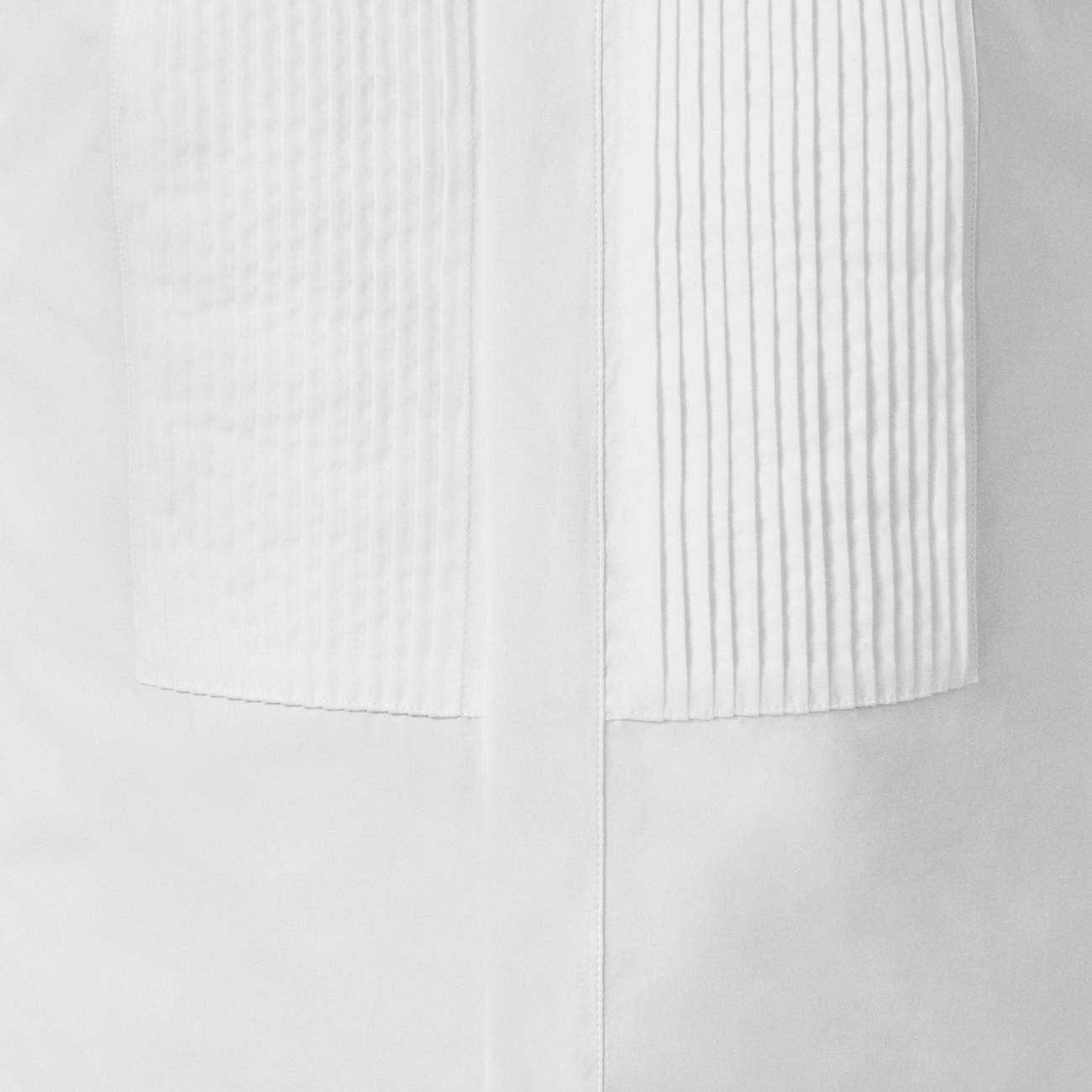 This placket features a special piqué fabric sewn on the front, offering a clean and elegant look. 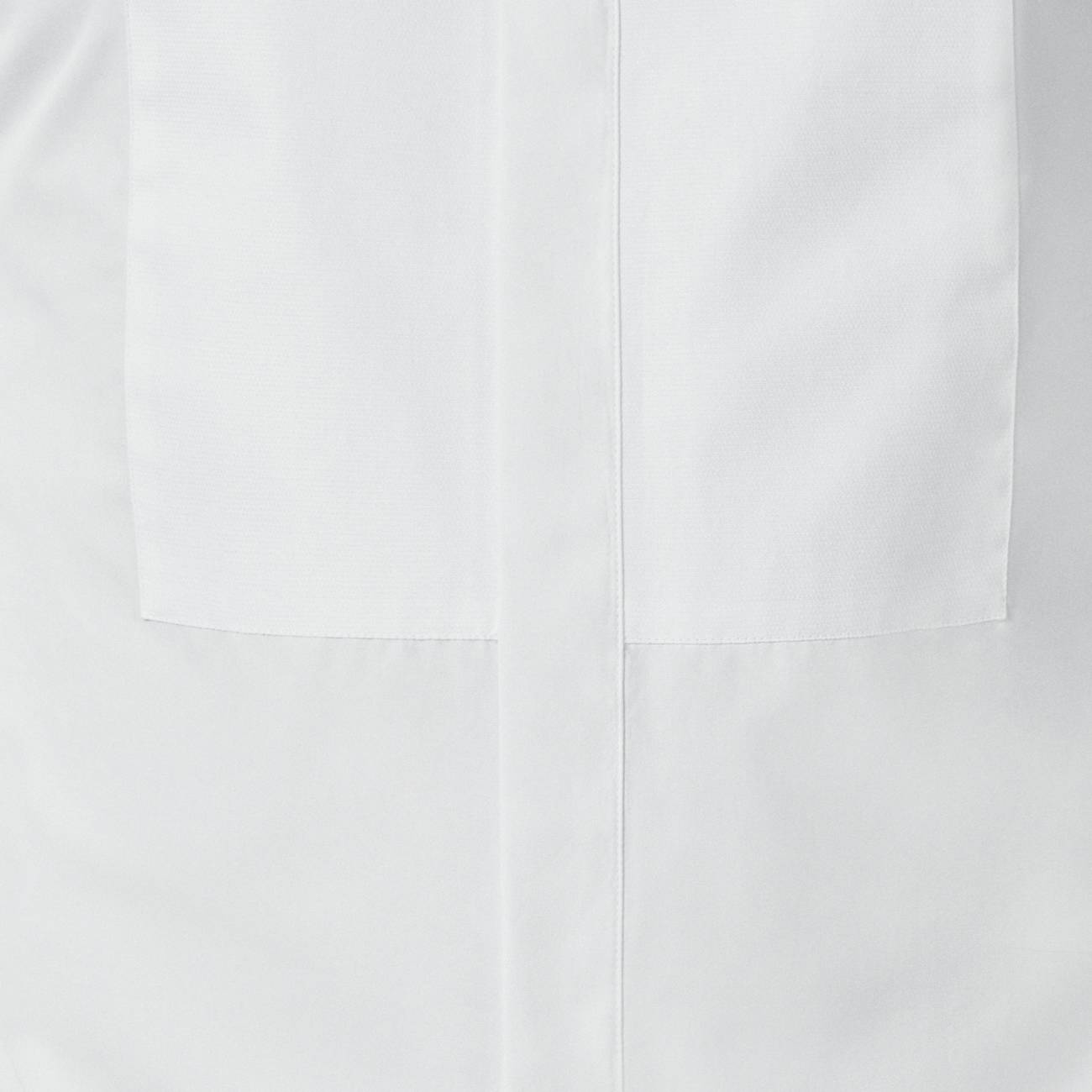 As the name suggests, this refers to a placket where the buttons are hidden behind the front center of the shirt, usually with an extra strip of fabric. When forgoing a tie, a concealed placket gives you a sleek and sophisticated appearance.

Useful for storage, essential for style. We provide the basics on this key shirt detail.

Pockets are where fashion and function meet. Nowadays shirts with a pocket are often considered more casual. Opt for a pocketed shirt if the occasion is slightly more relaxed; a formal affair would more often require a shirt without one. The corners can be rounded or pointed, and may also include a pocket-flap. 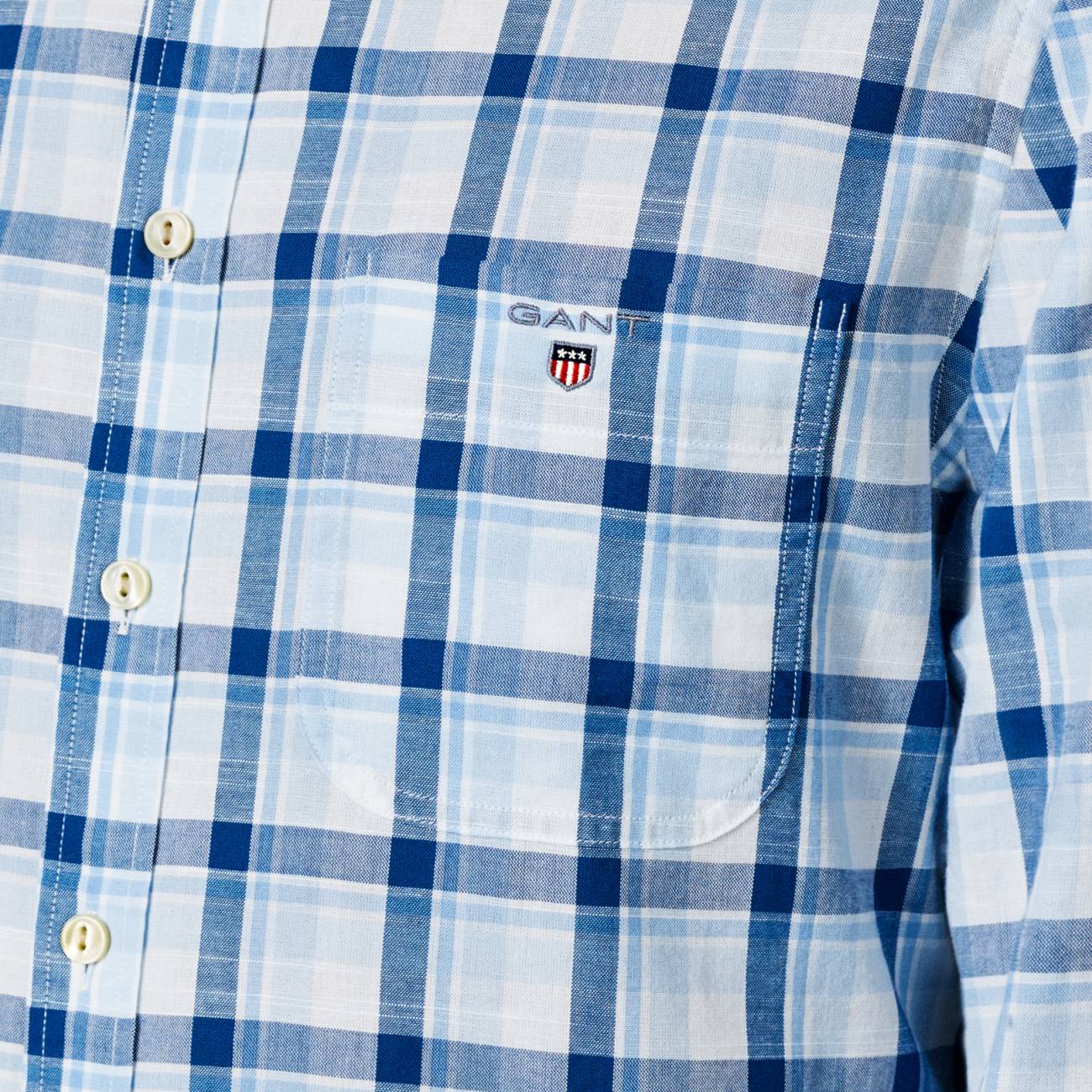 The rounded pocket is a standard, typically positioned on the left side of the chest. 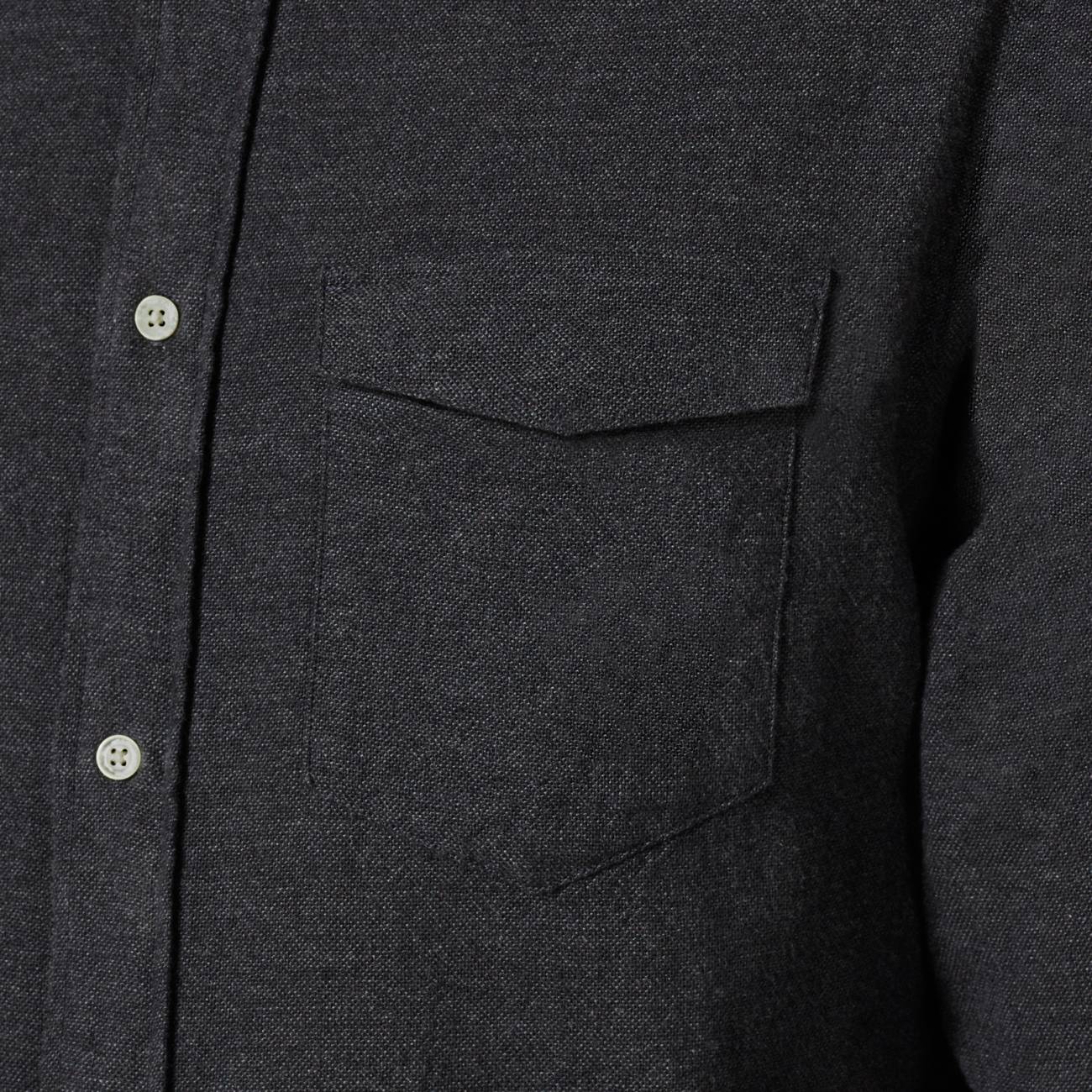 Given the name, this type of pocket is all about practicality and versatility. Often pressed and sewn onto the exterior of shirt, it lends a more casual, relaxed feel. 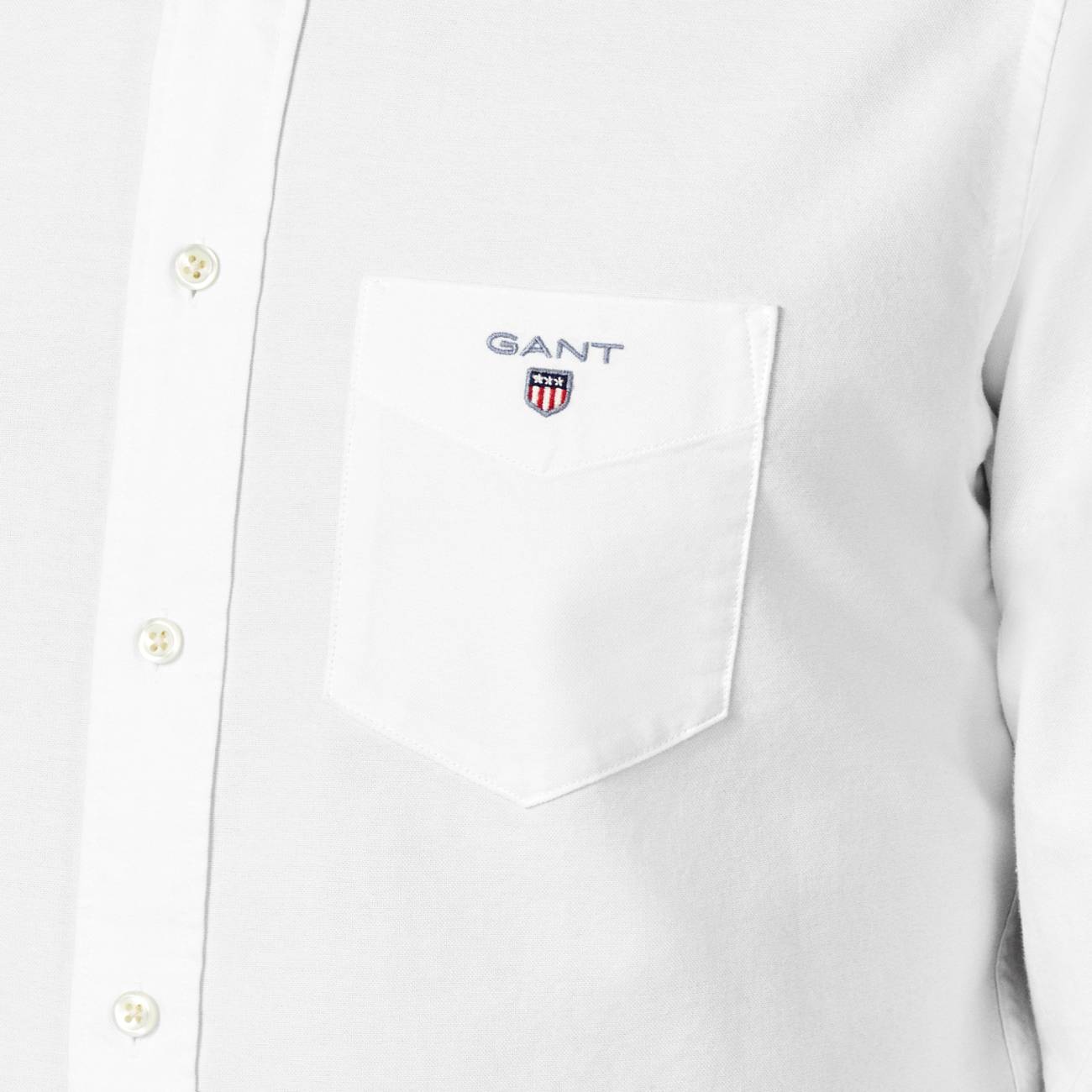 Similar to the rounded pocket in its positioning, this one features a visibly pointed appearance.

Often overlooked, but nonetheless, essential. Not only for covering your wrists, the shirt cuff also indicates how formal your shirt is.

Your shirt cuff should feel comfortably snug on your wrist, but not so tight that it feels like you’re wearing a bracelet. In other words, when the cuff is buttoned, it should be small enough that you cannot put your hand through. From the casual barrel to the formal French, it’s time to familiarize yourself with this essential shirt component. 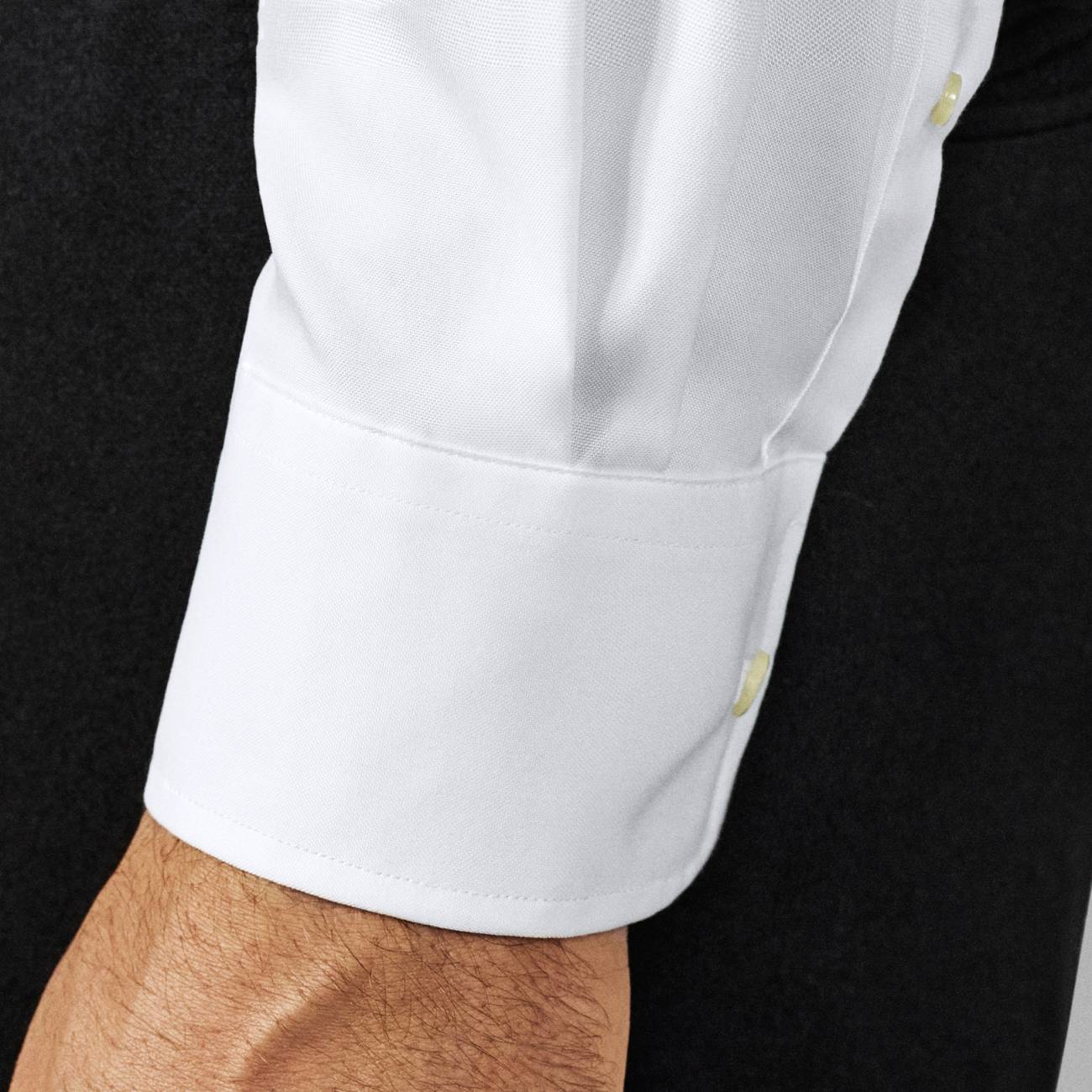 This gives off a more relaxed vibe, and is often paired with our classic button-down collared shirts. 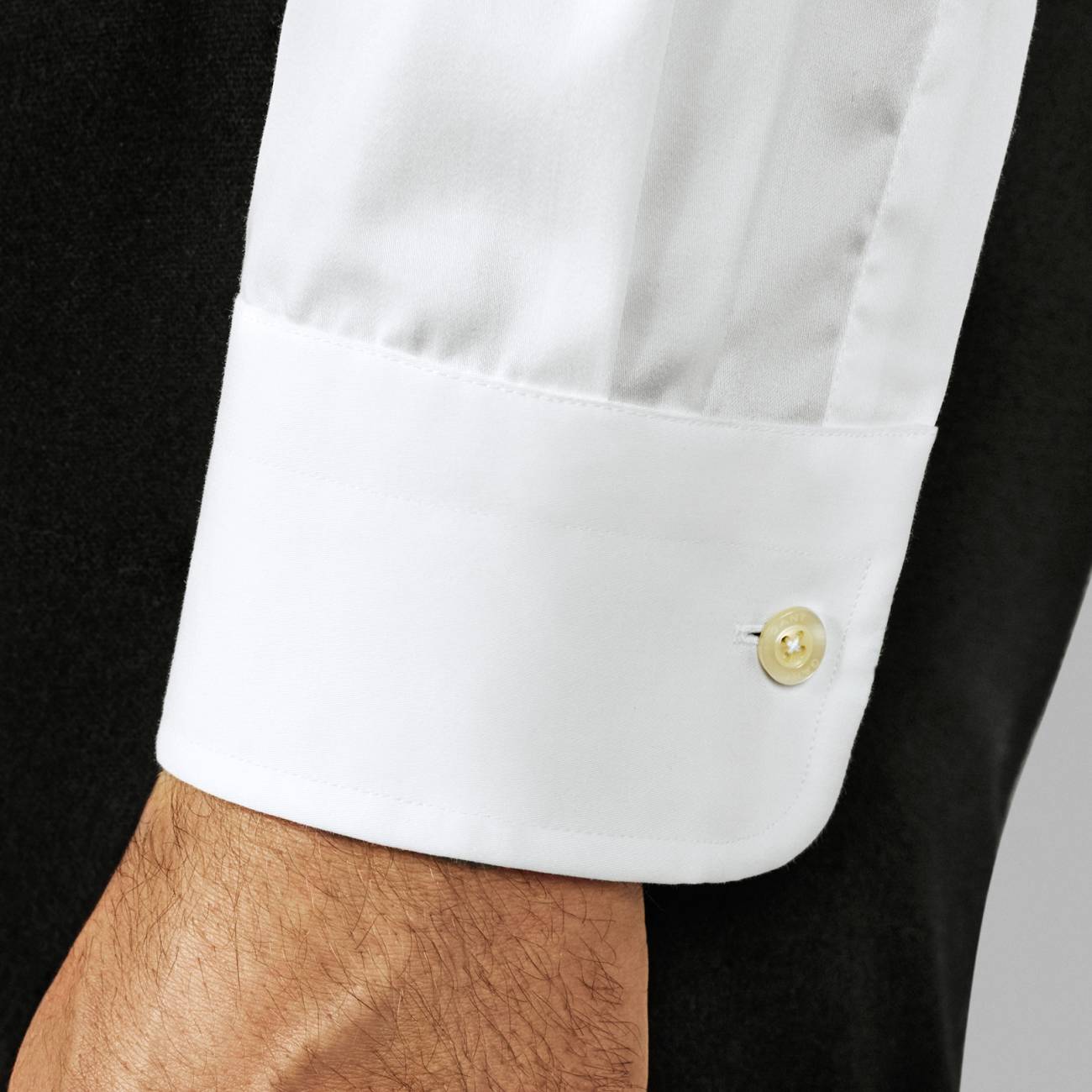 This style is a traditional barrel cuff that can be worn either buttoned, like the classic cuff, or with your favorite cufflinks. 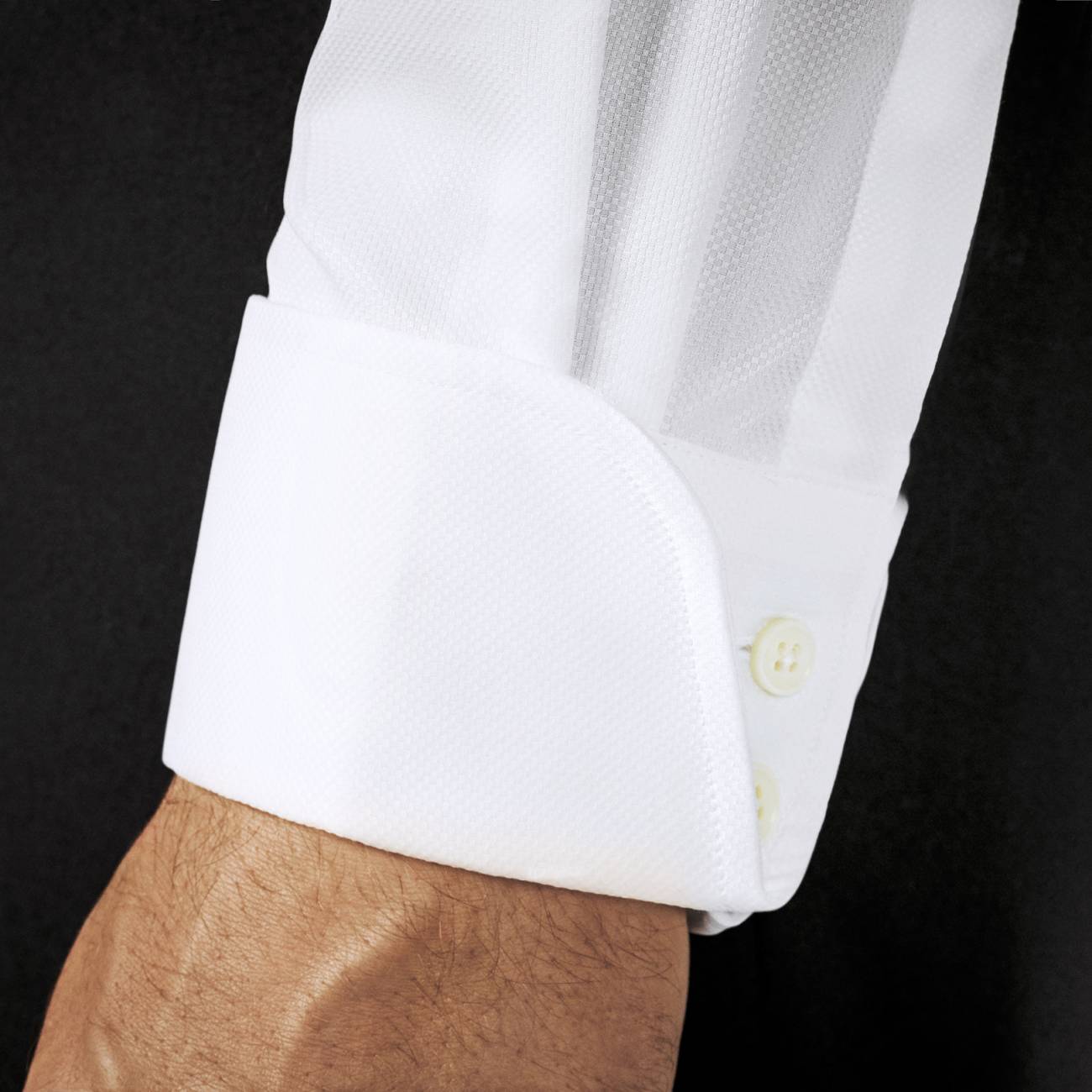 Known as the “James Bond” cuff, this one has a similar fold back as the French cuff, but is secured with buttons rather than cufflinks. 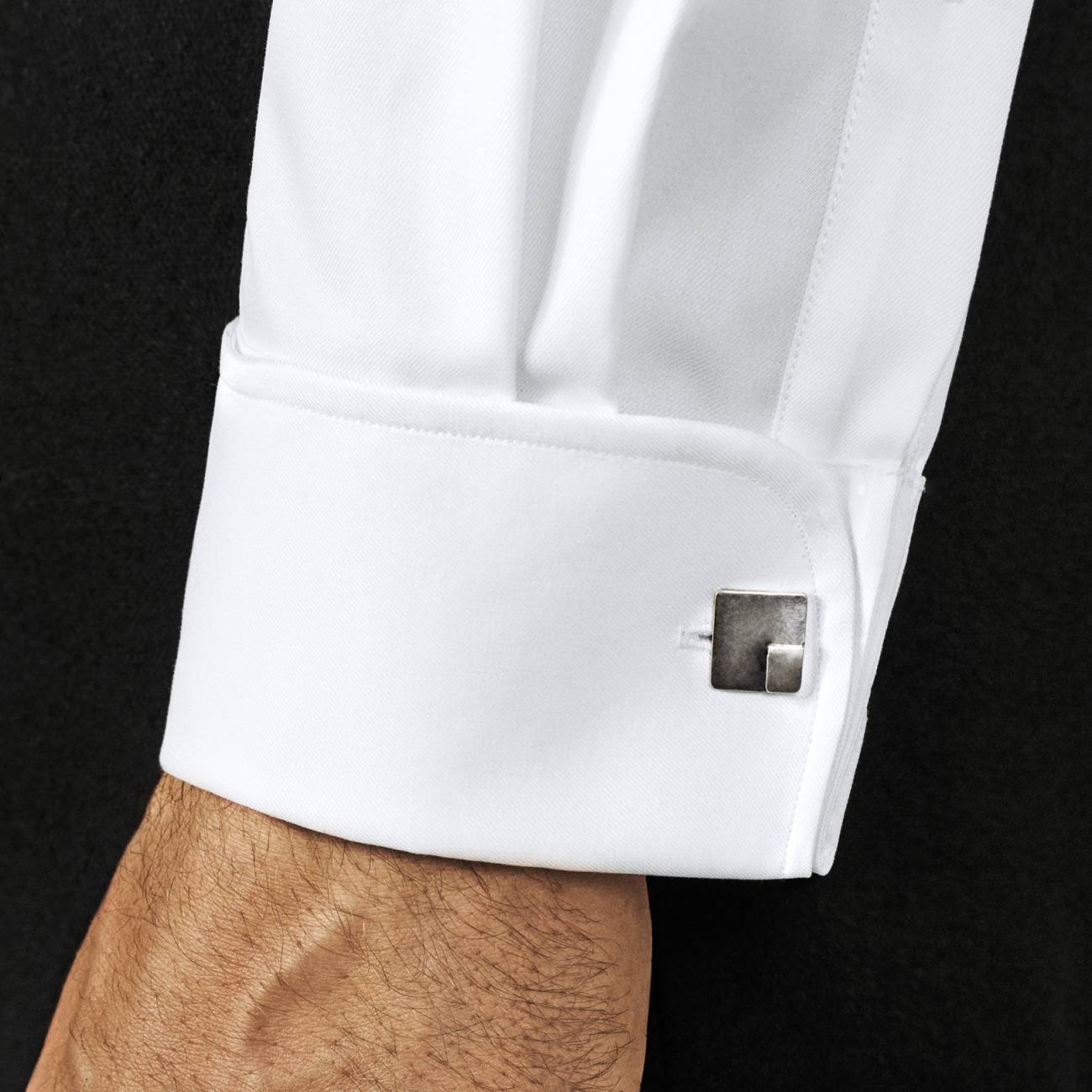 Often found on more formal shirts, this style is twice as long as a classic cuff and requires cufflinks. It is commonly referred to as a Barrel Cuff.

From our signature three-color GANT button to the genuine mother-of-pearl, buttons are what keep your shirt together – literally.

A button is one of the oldest and most frequently used types of fastener. Ever wondered why the buttons on a woman’s shirt differ from those on a man’s? Between the Renaissance and Victorian eras, highborn women enjoyed the luxury of being dressed by their servants. Most servants were right-handed, and so it was easier to have the buttons on the right hand side. Men, on the other hand, dressed themselves, explaining why the buttons are located on the other side. 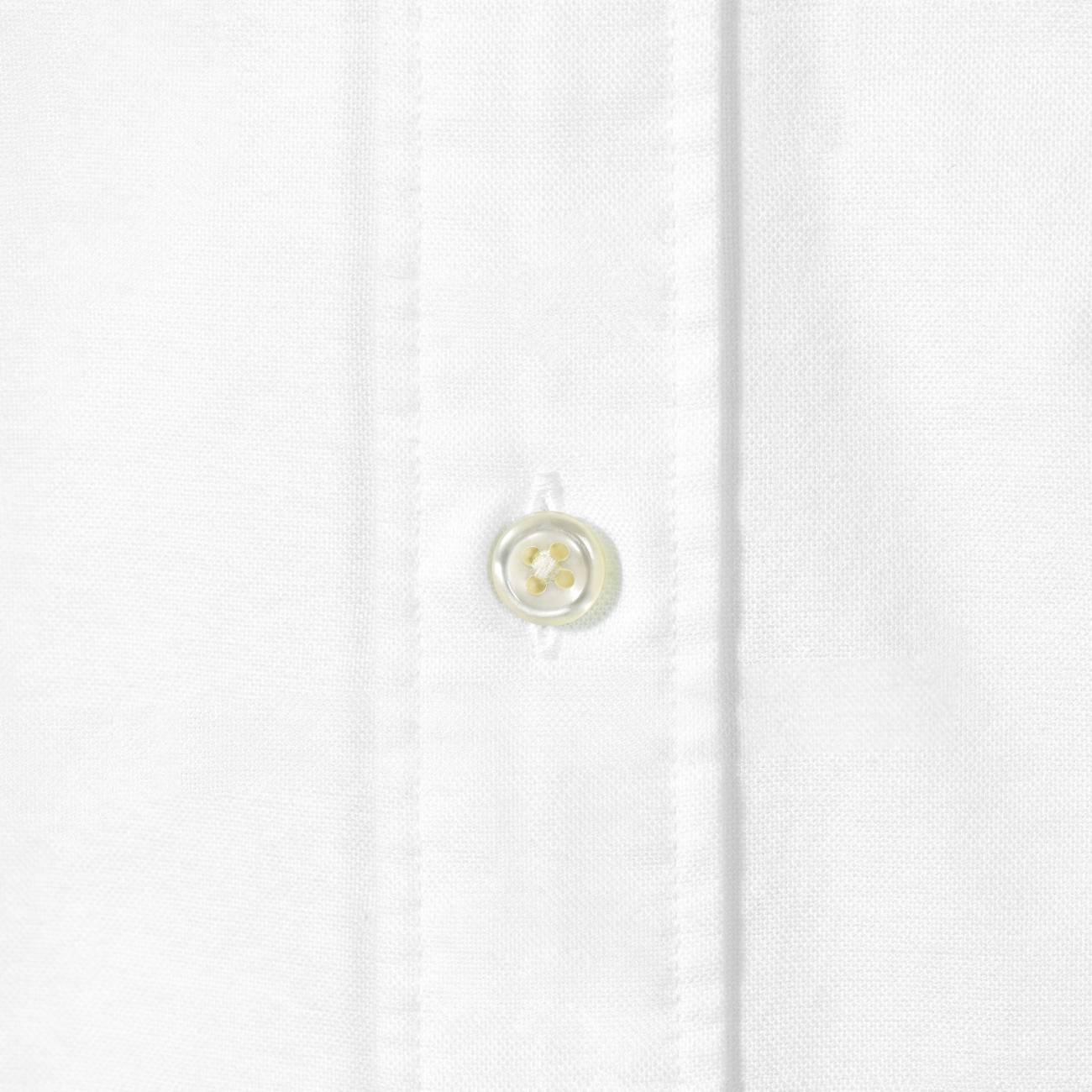 This button, identifiable by its lustrous shine, originates from natural mollusk shells.

Known for its durability, available in a variety of colors ranging from light to dark, this button is a favorite on many of our shirts. 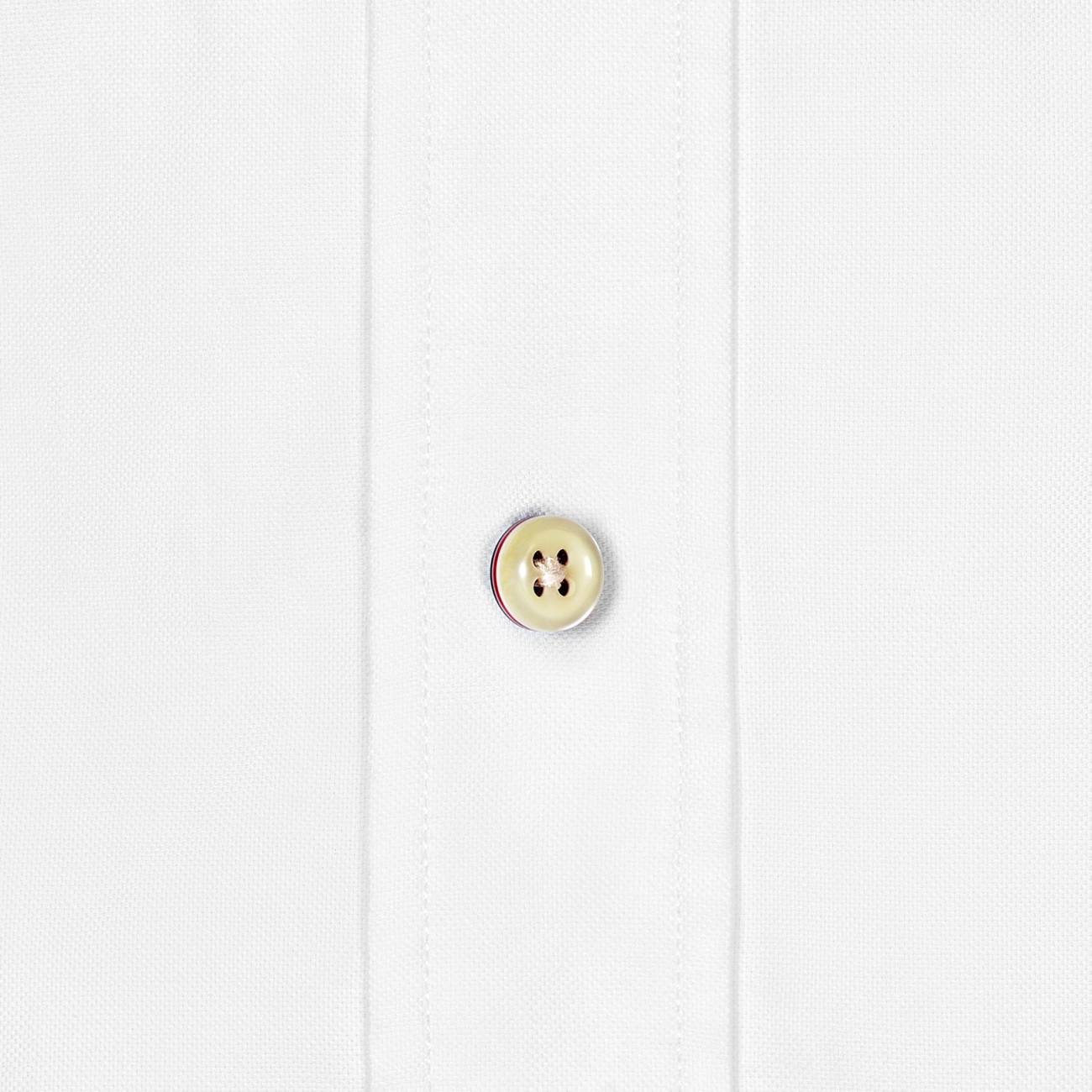 The signature GANT button is found on a selection of men’s shirts, paying homage to our American sportswear roots with its three patriotic colors: red, white and blue. 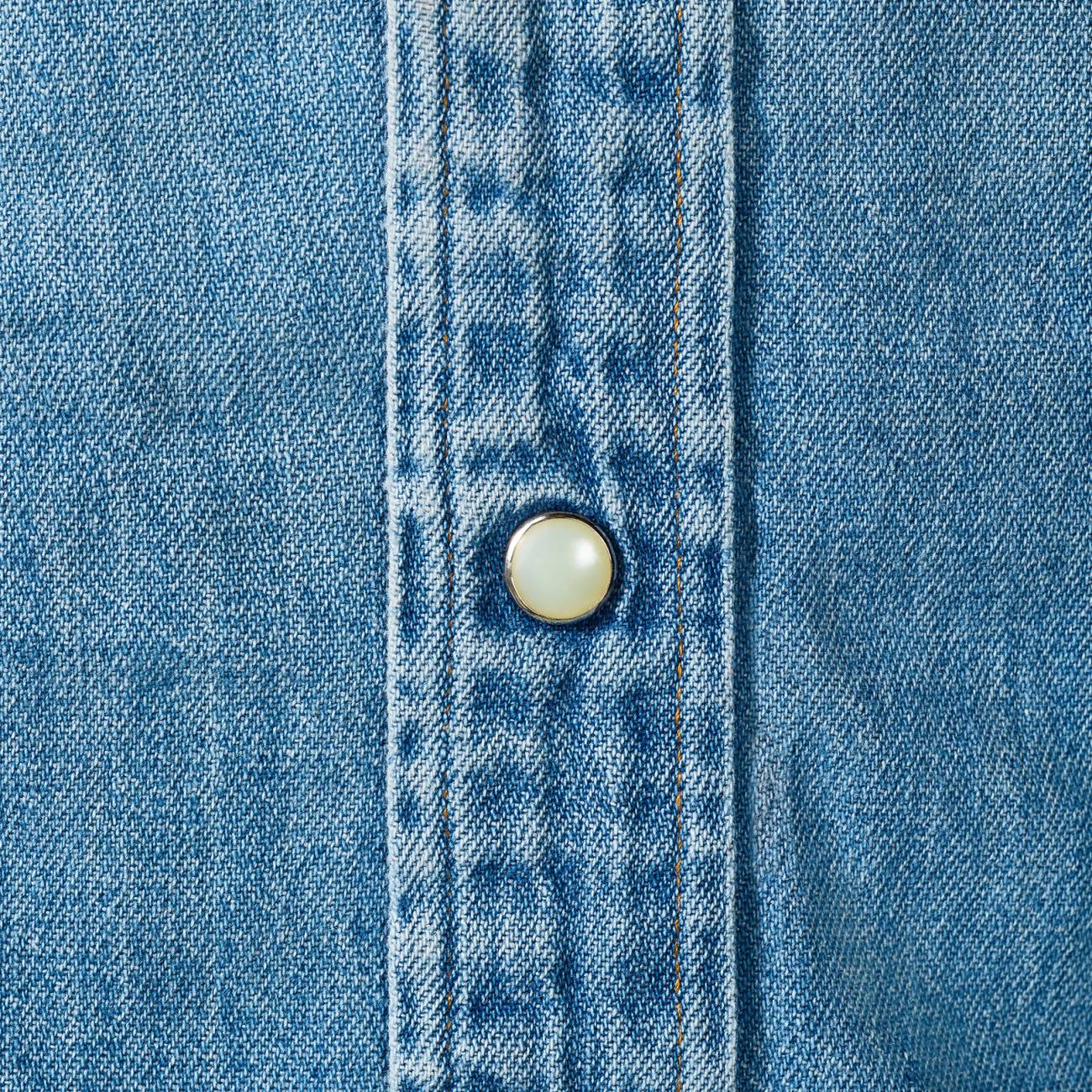 This style of button entered the American mainstream fashion during the 1950s, generally associated with classic Western style. 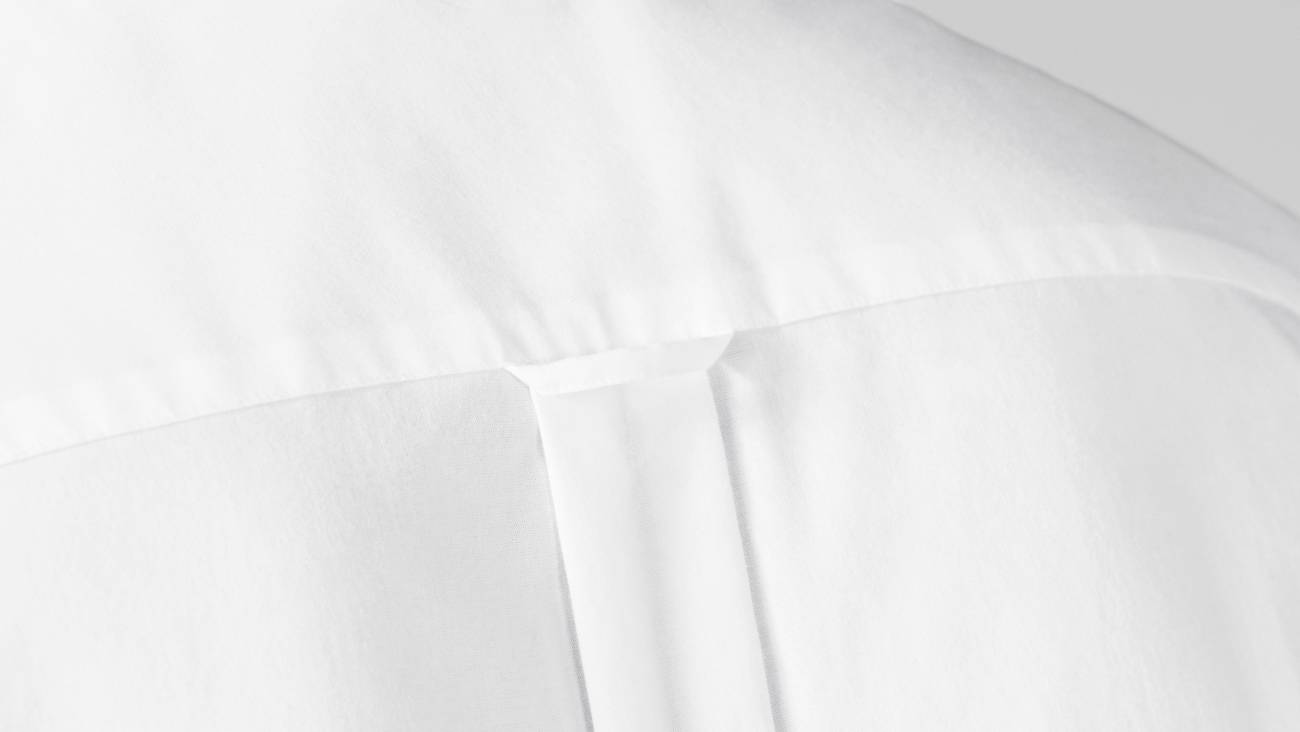 The rumors are true: GANT invented and introduced the hanging locker loop. Originally placed at the back of the collar, it was originally designed to keep shirts wrinkle-free in Ivy League locker rooms. Later, it even became part of Ivy League dating culture, when a guy would remove his loop to announce he was going steady with a girl. She, in return, would wear his scarf! 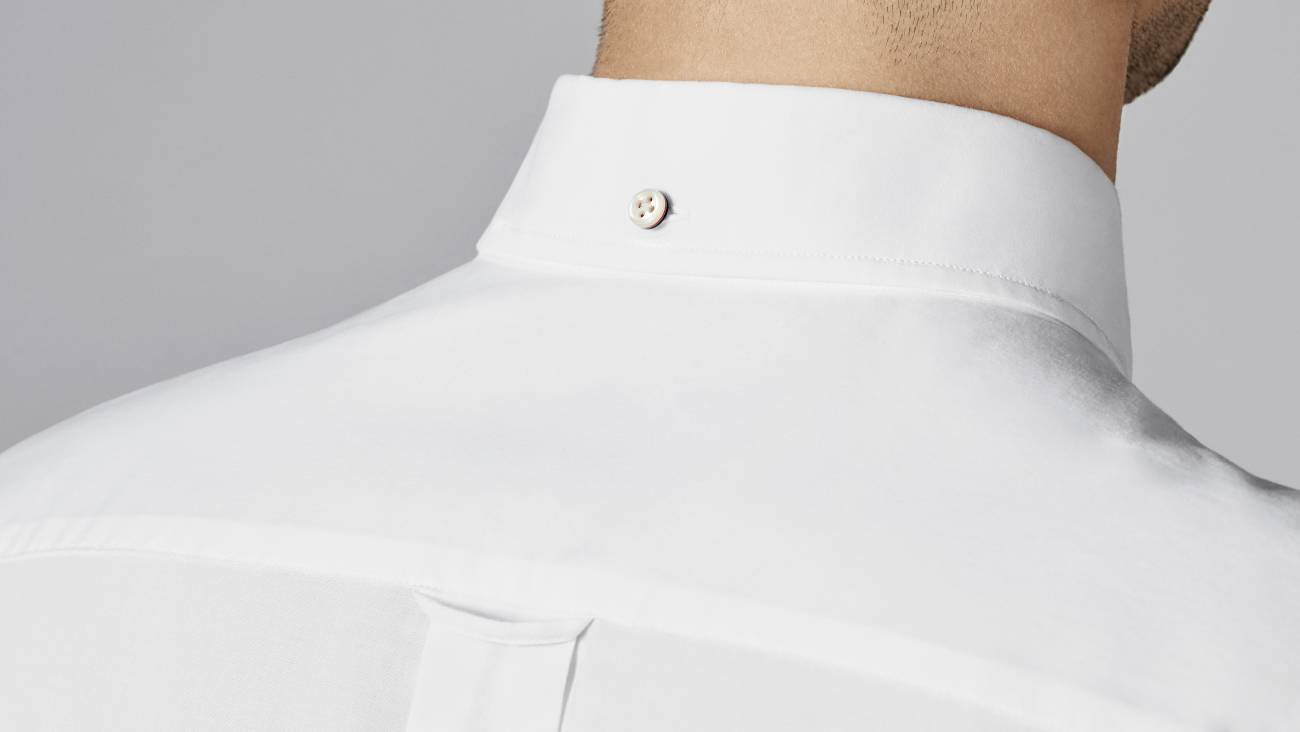 As the name suggests, this button is found on the back collar of a man’s shirt. It helps to keep a tie perfectly in place while preventing the collar from riding up. 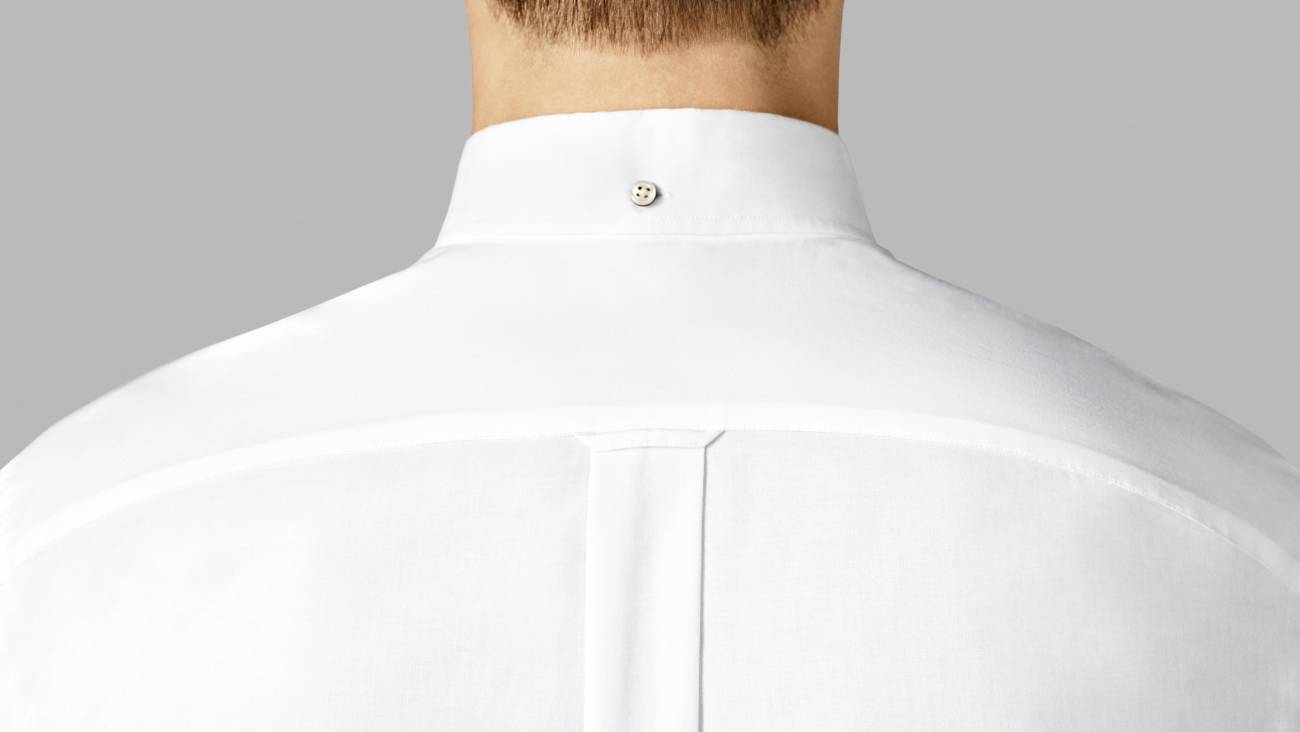 This refers to the section of the shirt covering the wearer’s entire shoulder area. A contoured yoke results in a more fitted silhouette.

The tail is the bottom back of the shirt, often slightly longer than the front so that it can be tucked into your pants. 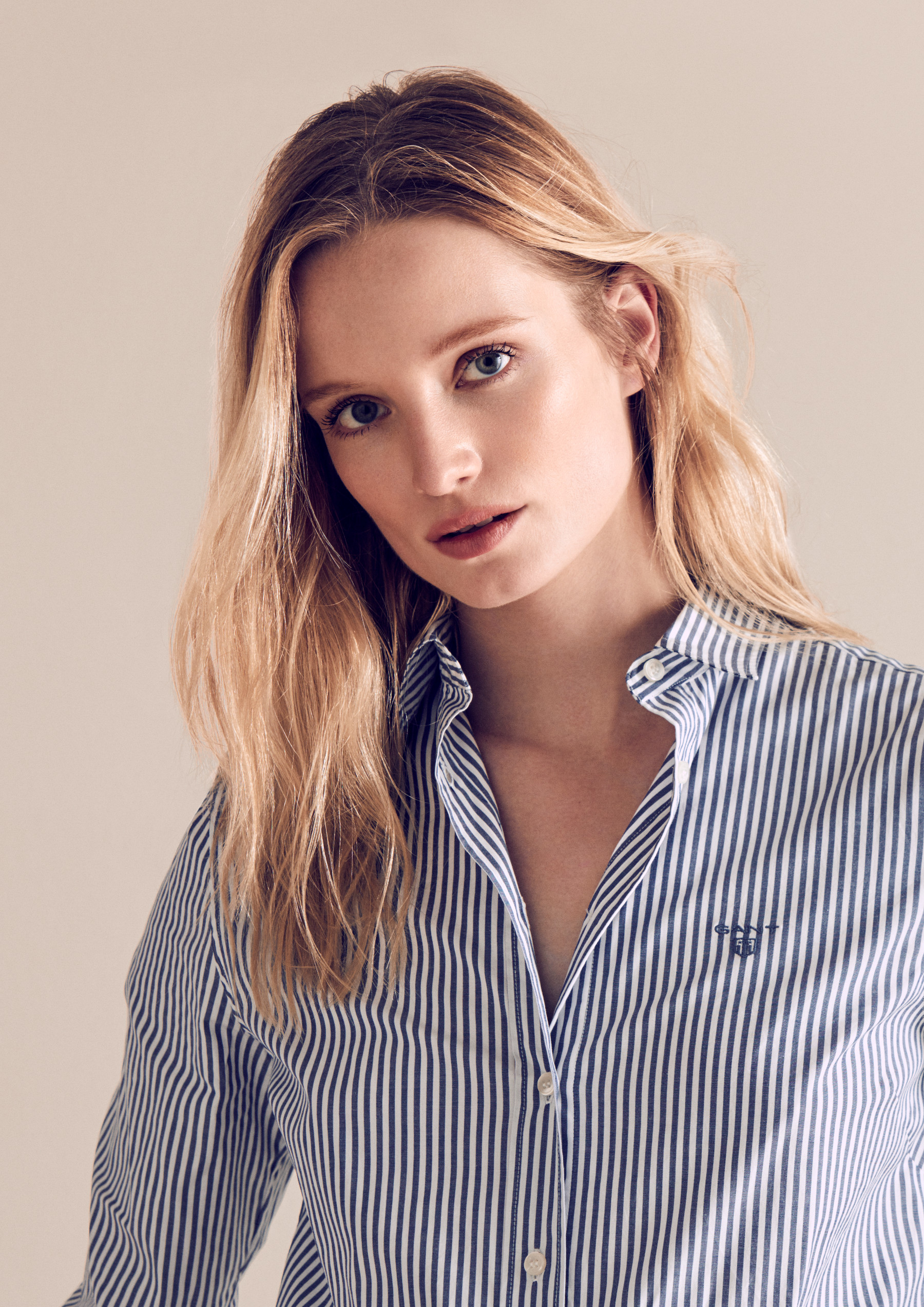 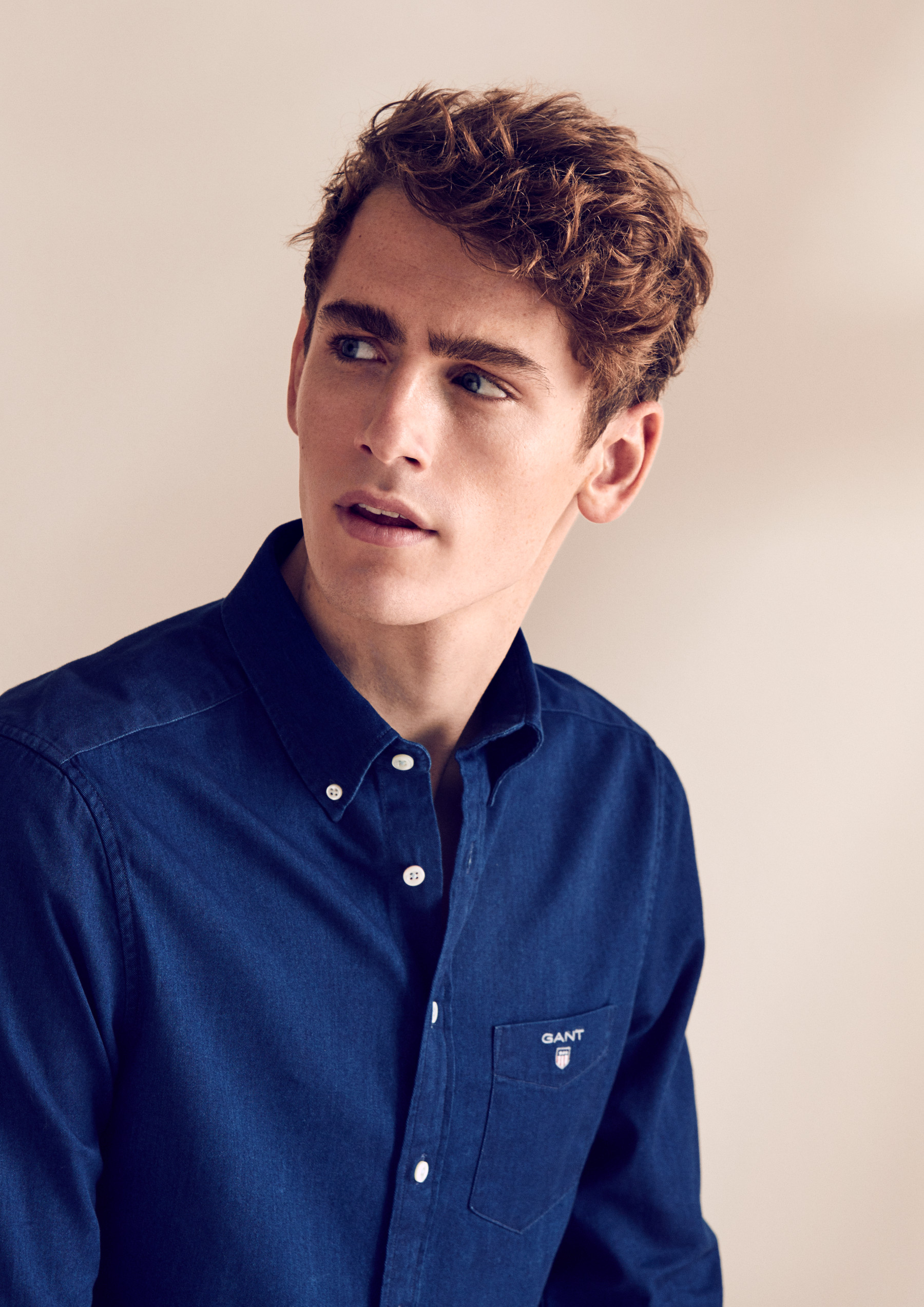 How To Make Drinking Water A Habit With BRITA

1 reason why you don’t need to watch the World…