The Hut Navigate to the page search keywords input
Fitness

Crisp woodlands, glistening blue lakes and cosy pubs—strolling through the British countryside in spring and drinking in its rich colours is an experience to be savoured. From ambling across moorlands to taking in the fresh air on windswept coastal paths, Britain’s landscape offers some of the most varied and breath-taking seasonal walks anywhere in the world. Embrace the outdoors this season with The Hut’s selection of 10 of the best British walks for spring.

A masterpiece of 18th century Baroque architecture given UNESCO World Heritage Site status in 1987, Blenheim Park is famous as the birthplace of iconic Prime Minister Sir Winston Churchill. You may recognise the palace’s silhouette from films including Harry Potter and the Order of the Phoenix and Spectre, and Britain’s grandest stately home is set amidst 2,000 acres of scenic parkland transformed into russet reds and golden hues during the autumn months. Be sure to wander down to Blenheim’s famous oak tree which has been aged at 1,046 years old and may be one of the oldest oaks in Britain. 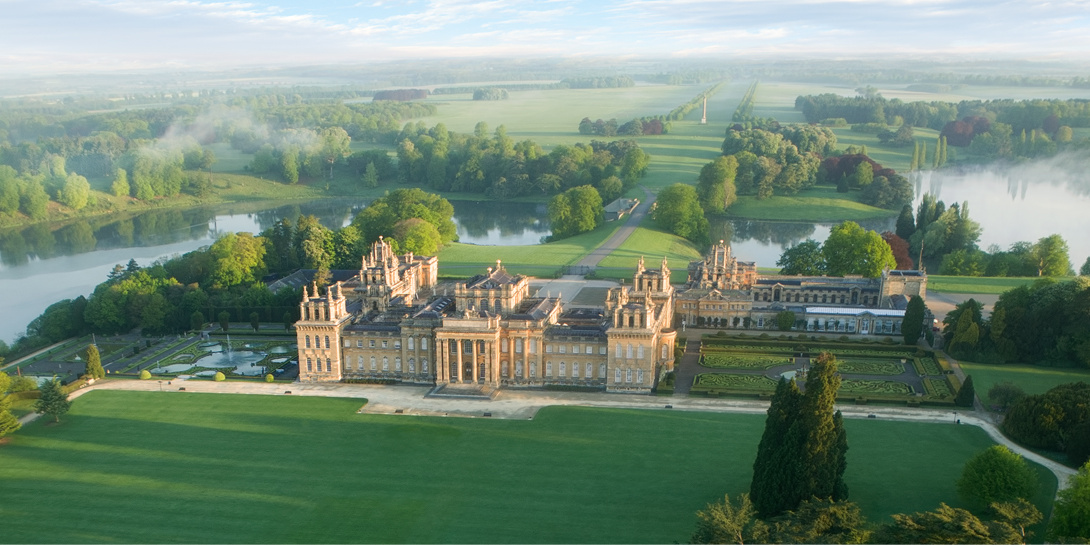 A picturesque village just a few miles from the Welsh border in the Wye Valley, Symonds Wat offers a plethora of forest trails for keen walkers. The walk up to Symonds Yat Rock, however, is undoubtedly the area’s finest walk, giving spectacular views of the River Wye snaking its way through the Valley from its peak. The transformation of the greenery on the river’s banks makes this view even more breath-taking during the spring months. 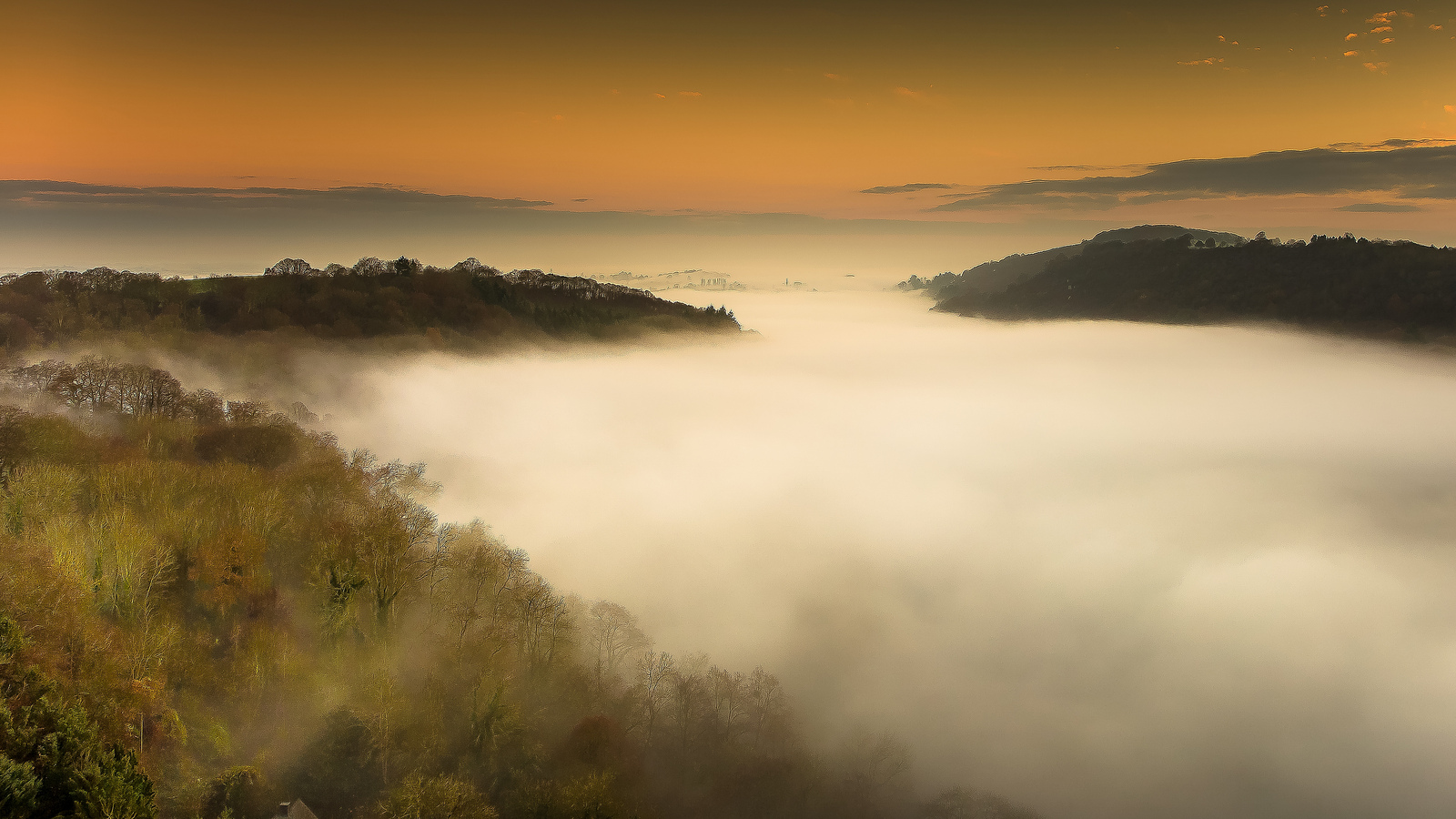 This quiet walk alongside Crummock Water provides inspiring views across the lake to Buttermere’s famous fells in addition to the spectacular rocky rising of Grasmoor End. While Crummock Water is often overlooked by walkers who favour the more dramatic fells at the head of Buttermere, taking in the fresh air on the water’s shores along with the opportunity to admire the changing colours of Lanthwaite Wood makes this an extremely enjoyable spring route. 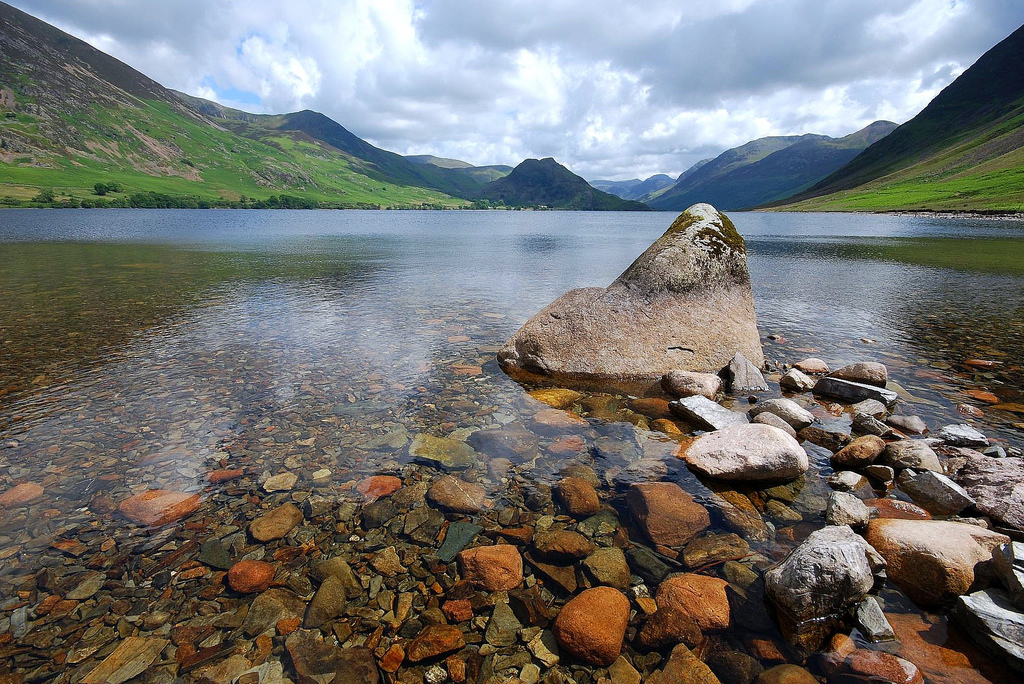 Perhaps best known as the location of the BBC’s 1995 adaptation of Pride and Prejudice, Lyme Park is located in Cheshire just in the foothills of the Peak District which rises away to the east. In addition to the changing colours of the beech trees, canalside views, and the pond made famous by a certain Mr. Darcy, autumn also sees one of nature’s greatest spectacles come to Lyme Park. If you are lucky, you will be able to catch the stags lock antlers in an attempt to demonstrate their superior strength and dominance to their female counterparts. During the night you can also hear their deafening bellows echo eerily across the park.

Image property of The National Trust

Located in North Liverpool, Formby attracts tourists and outdoor enthusiasts thanks to its rich natural landscape. The town offers breezy coastal walks along its sandy beaches, but it is the walks through its beautiful surrounding woodlands that give the most pleasure in autumn. Formby is famous for its vibrant population of red squirrel—an endangered species in most of Britain—which you should be able to spot by meandering through the woods that separate the coastal paths from the town’s centre.

Image property of The National Trust

Known among locals as Big Tree Country, highland Perthshire is arguably one of the finest places in Britain to observe the changing colours of spring. Loch Faskally is actually a reservoir that serves local hydro schemes, and a walk around the lake not only allows you to soak in the stunning autumnal colours but it is at this time of year—with the waters having warmed up through summer—that you can spot salmon jumping out of the water up the Pitlochry fish ladder on the dam before reaching the calming waters of the Loch. 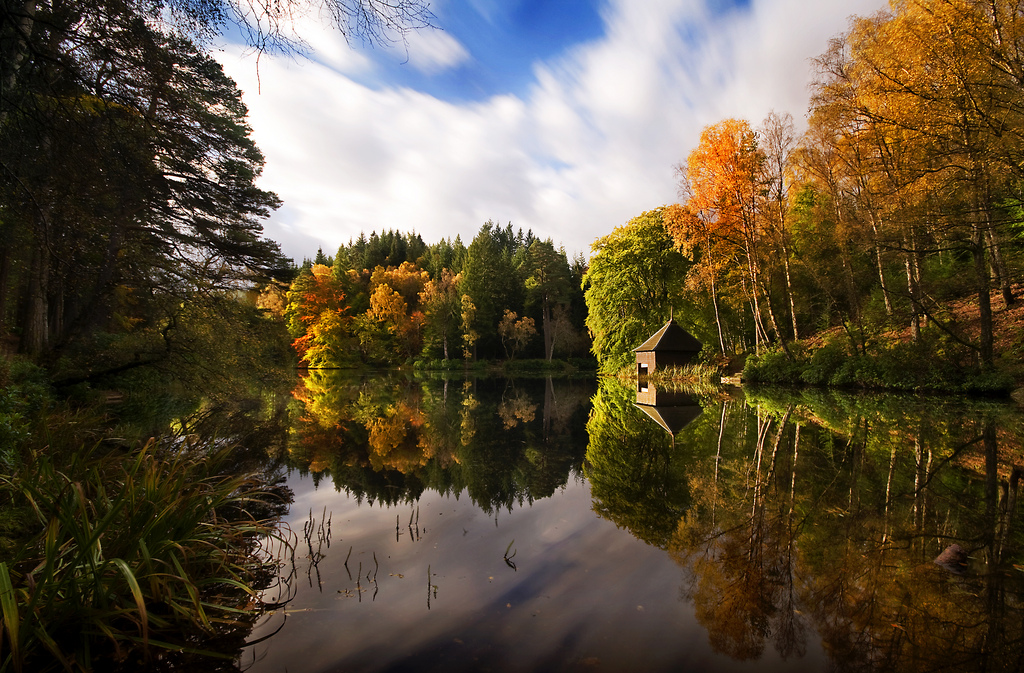 With Snowdonia National Park providing the backdrop, a walk along the River Conwy near the Welsh market town of Llanrwst gives charming views of both the town itself as well as the abundance of natural splendour in the surrounding area. We recommend strolling past the Grey Mare’s Tail waterfall, situated on the western edge of Snowdonia’s national park, which looks even more impressive against the bright tones of spring. 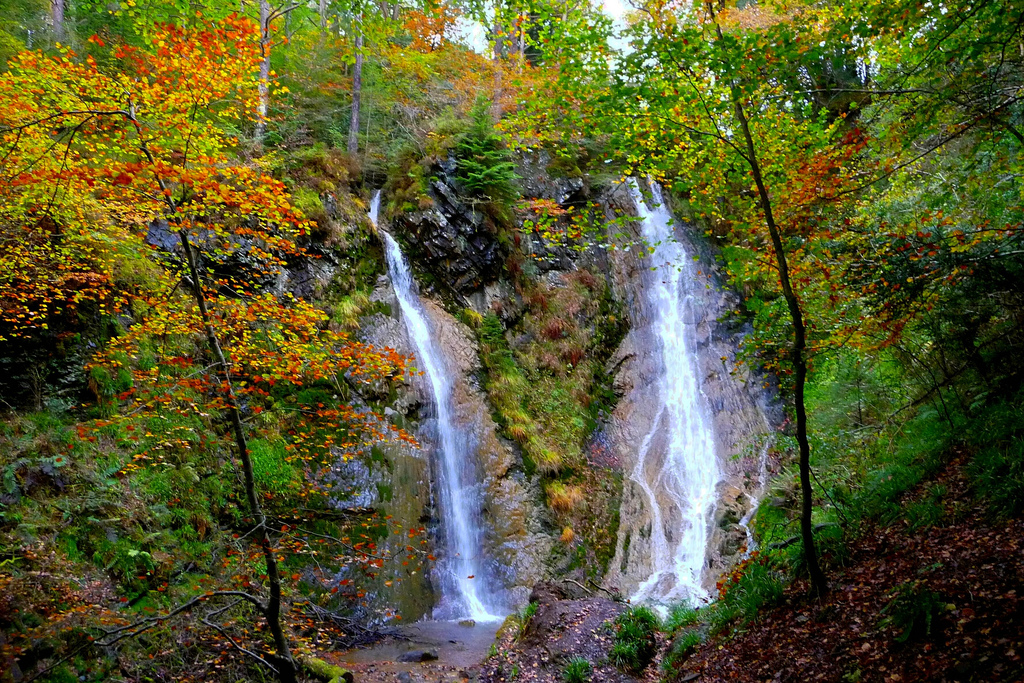 Referred to as the Queen of the Glens, Glenariff is one of the nine Glens of County Antrim. 1,000 hectares of planted woodland, lakes and recreation spaces make this an ideal spot for long country walks, but the addition of a set of magical waterfalls transforms this into one of the most picturesque walks in the UK. The Waterfall Walkway trail provides a moderate three mile walk through the woodland taking in the area’s two best waterfalls. Situated in an Area of Outstanding Natural Beauty, Ashridge is a country estate with 5,000 acres of ancient woodlands and chalk downlands centring on the stately Ashridge House. The National Trust’s family-friendly footpaths offer scenic routes through the woodlands which are at their colourful best with the turning season. Be sure to drop by the Discovery Room at Ashridge House to explore the estate’s long and dramatic history.

Image property of the National Trust

A long walk perfect for a weekend afternoon, the route from Padstow to Harlyn Bay gives magnificent views of the dramatic Cornish coastline including the chance to explore the region’s sandy beaches as well as its infamous smugglers’ caves. On a good breezy spring day, you might also be lucky enough to catch the flocks of kittiwakes and terns on their way south or even gannets which are frequently spotted offshore. 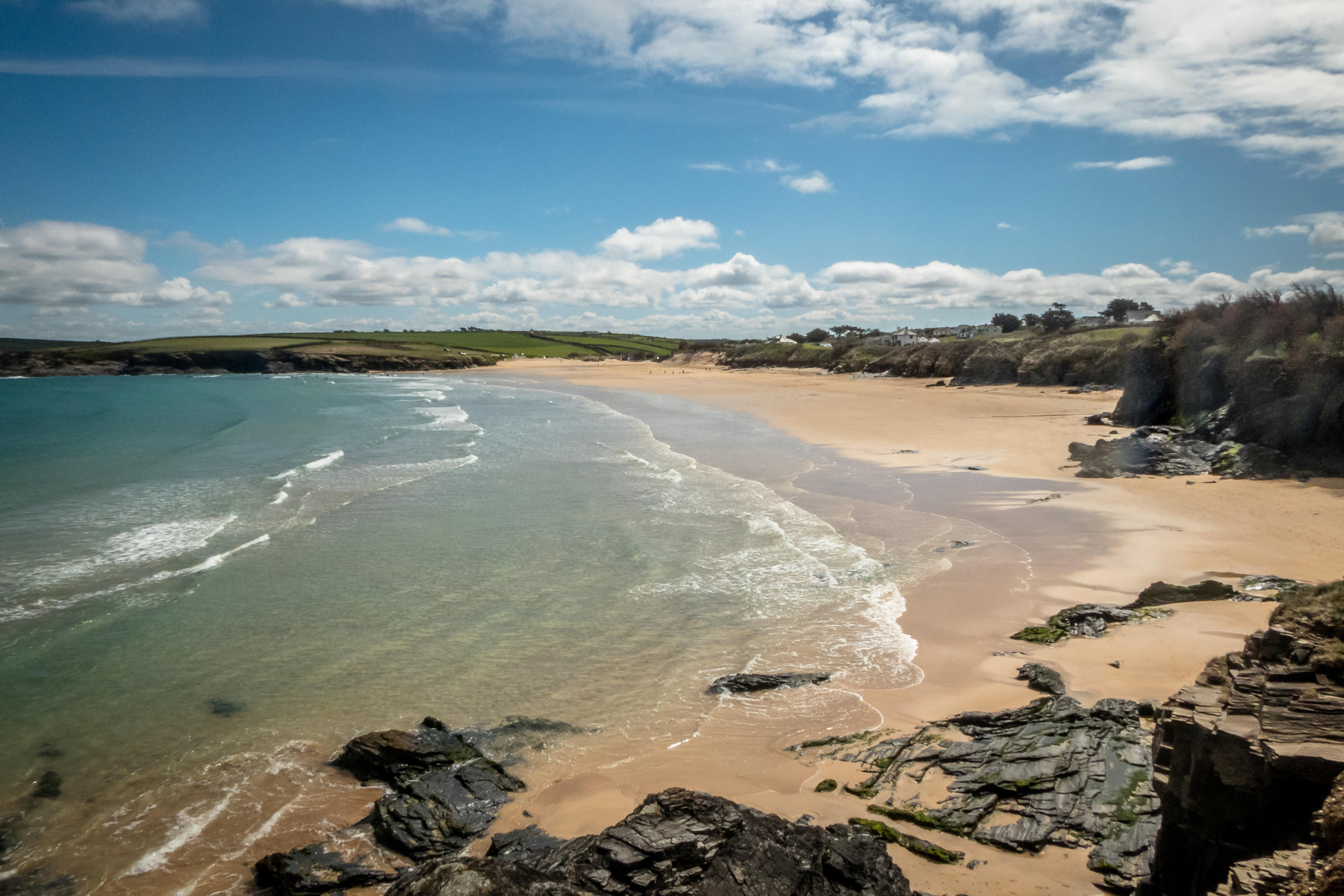 Whether you prefer windswept coastal paths or muddy trails through the woods, ensure you’re suitably geared up for your next outdoor adventure with The Hut’s collection of outdoor gear.