Due for official release on 13th October this year, Sony PlayStation® VR is set to be one of the most anticipated gaming releases in recent times. Described by its creators as a means of “experiencing gaming in an entirely new way”, PS VR dominated Sony’s latest E3 event last week at which the company unveiled a large portion of the titles that will be available upon the headset’s release later this year. But with just under four months to go until its arrival in the gaming world, what do we know about PlayStation VR so far and what news should we expect between now and its release?

The response to the Playstation VR’s specifications has so far been overwhelmingly positive and looks very promising for the device’s gameplay. Priced at £350, the specifications are surprisingly competitive with the more high-end options offered by Oculus Rift and HTC Vive while being significantly cheaper and not requiring an expensive PC for gaming.

Within the headset is a custom-built 5.7” OLED screen that enables ultra-real 3D environments for completely immersive gameplay. There is much debate in technological circles regarding the superiority of OLED or LED screens in televisions and mobile phones, but there is an increasing belief that OLED screens are the better technology, particularly more effective in low-light environments, making this choice of screen for the PlayStation VR headset a wise decision. Further to the screen, the headset features a 360-deree tracking system that gives a seamless field of vision while a frame rate of up to 120 frames per second is more than twice that of most video games and thus offering an optimised, lifelike experience of your video game.

As with the 360 field of vision, Sony have opted for 360-degree surround sound in the PS VR headset to provide complete 3D audio. The motion tracking system that monitors your slightest movements also allows for stereoscopic sound, meaning that if you turn your head towards a particular in-game sound, that sound will change as your proximity and direction moves towards or away from that sound. A built-in microphone allows users to communicate with friends during gameplay, but the system is also intelligent enough for your voice to become part of the gameplay where necessary; for example, if you find yourself within an eerie cave shouting for help, you will be able to hear your distressed voice echoing from the walls around you.

The PlayStation VR’s headset is designed for prolonged gaming use with comfort clearly high on the agenda; This is especially true when compared with the chunky goggle designs for Oculus’s Rift and HTC’s Vive where the weighting towards specs evidently drew some focus away from comfort. The PlayStation VR headset is surprisingly light and comprises a quite simple single headband design with ergonomic rubber eyepieces that can be easily worn with glasses. The delightful comfort of the headset allows the user to forget you are wearing a VR headset, offering a more immersive experience in your game world. 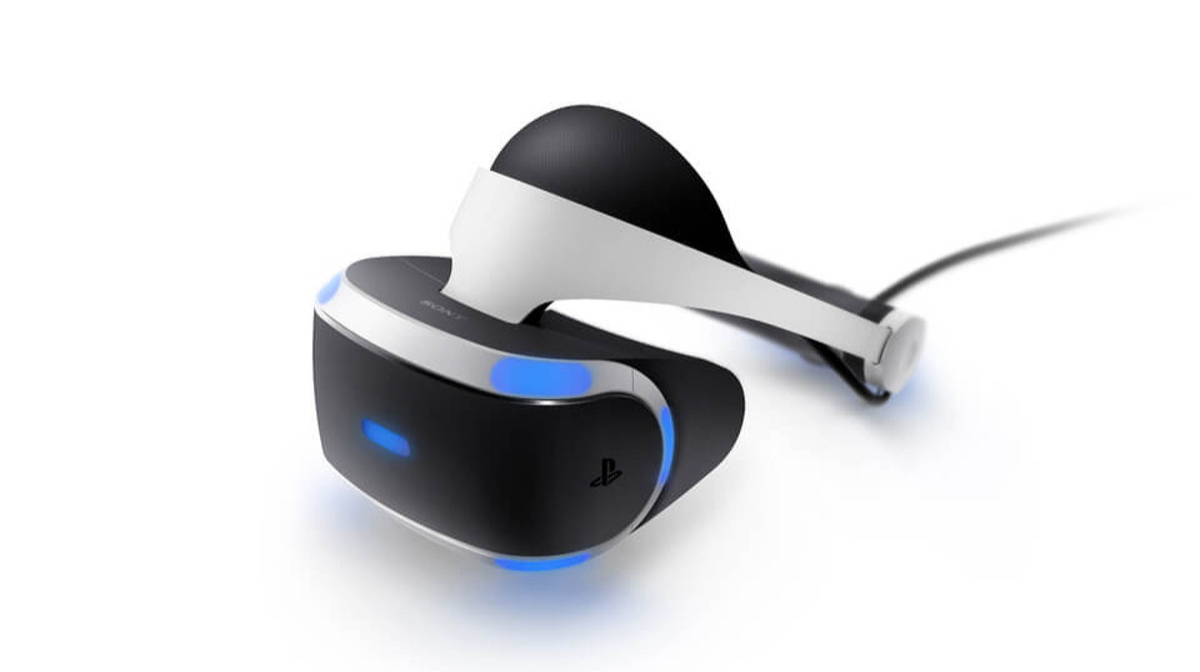 While jousting wirelessly around your living room might sound like fun (if not a little bit dangerous…), this will not yet be possible with PlayStation VR. Sony have indicated that they are working on making the headset wireless, but for now the device will be hooked up to a 5m cable—which at least means no need for charging!

Sony vice president Masayasu Ito recently revealed to Japanese newspaper Nikkei that PlayStation VR does have the potential to eventually be rolled out to PC.  In the interview, translated by Eurogamer, Ito explained that “The possibility exists [to roll out PlayStation VR on PC] since the PlayStation 4 shares many of parts with the PC. At the moment we’re concentrating on games, so I have nothing to announce at this point, but we’re looking to expand in a variety of areas.” Watch this space.

Along with announcing the official release date, Sony’s E3 conference saw the announcement that 50 games were confirmed for PlayStation VR. See below for a full list of the games that will be available, and click on the game’s title to see its official trailer.

Pre-order the PlayStation VR Headset today from The Hut with free UK and international delivery available.

Why Lacoste is so popular? | Story, Size, Fit & More