Renowned for its wardrobe essentials, Guess is the fashion brand that soared to success throughout the 80s with some of the most iconic faces featuring across their campaigns. Initially loved for its range of denim, the brand now designs fashion, accessories and leather goods.

The Guess aesthetic has always been well polished and provides the perfect entry point to luxury fashion. Looking at everything about the brand, their most loved handbags, fit and sizes, here’s our complete buyer’s guide for Guess The Brand… 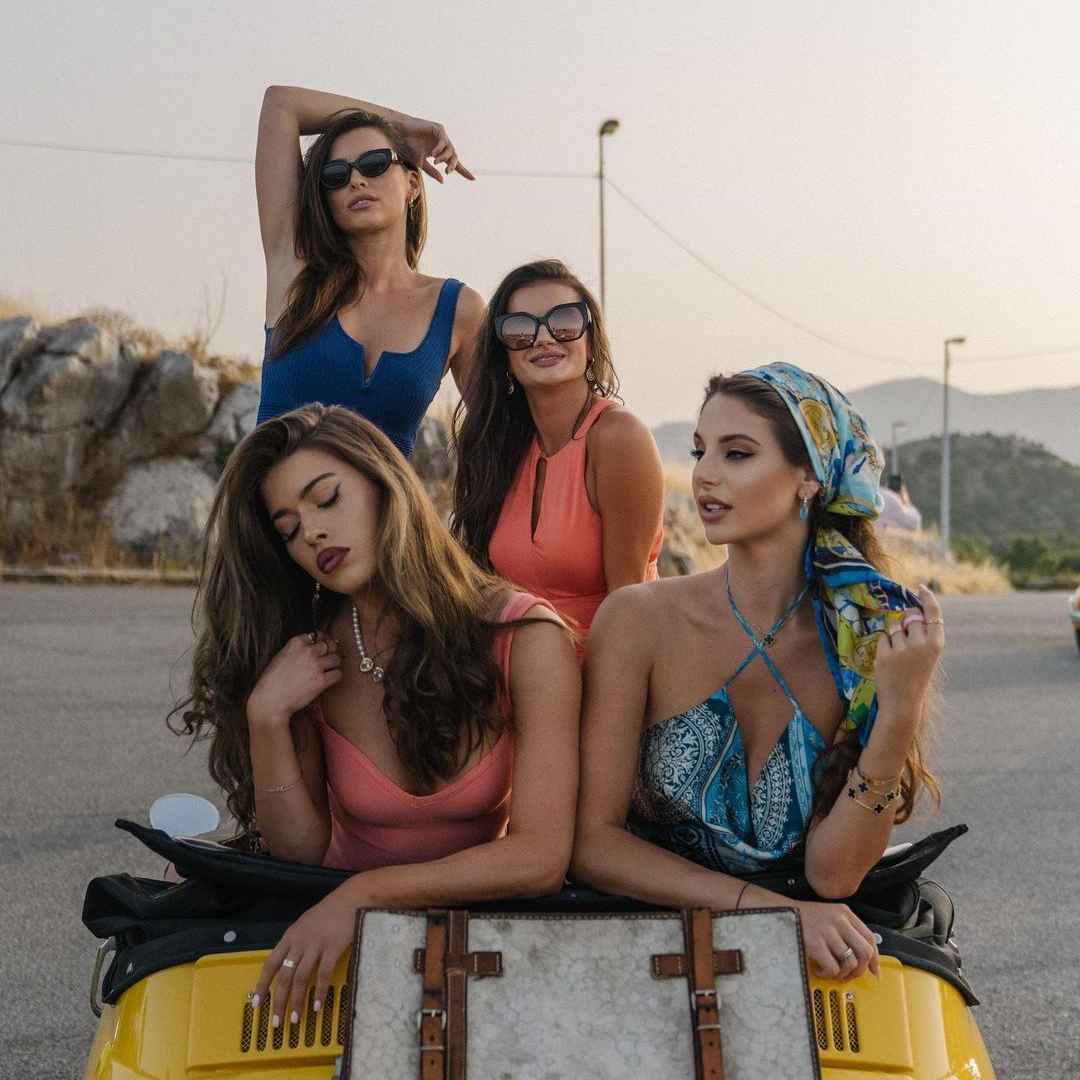 About Guess The Brand

Guess was founded in the United States in 1981 by four brothers, Maurice, Georges, Armand and Paul Marciano. They originally launched with a book of styles but moved on to selling lightweight denim, creating a collection of jeans which quickly become popular.

The four brothers were originally from France and had worked in their family’s clothing company, MGA (which stood for Maurice Georges Armand), with shops on the French Riviera. After visiting California in 1977, they decided to move there in 1981 after political changes saw the rise of socialist François Mitterrand. 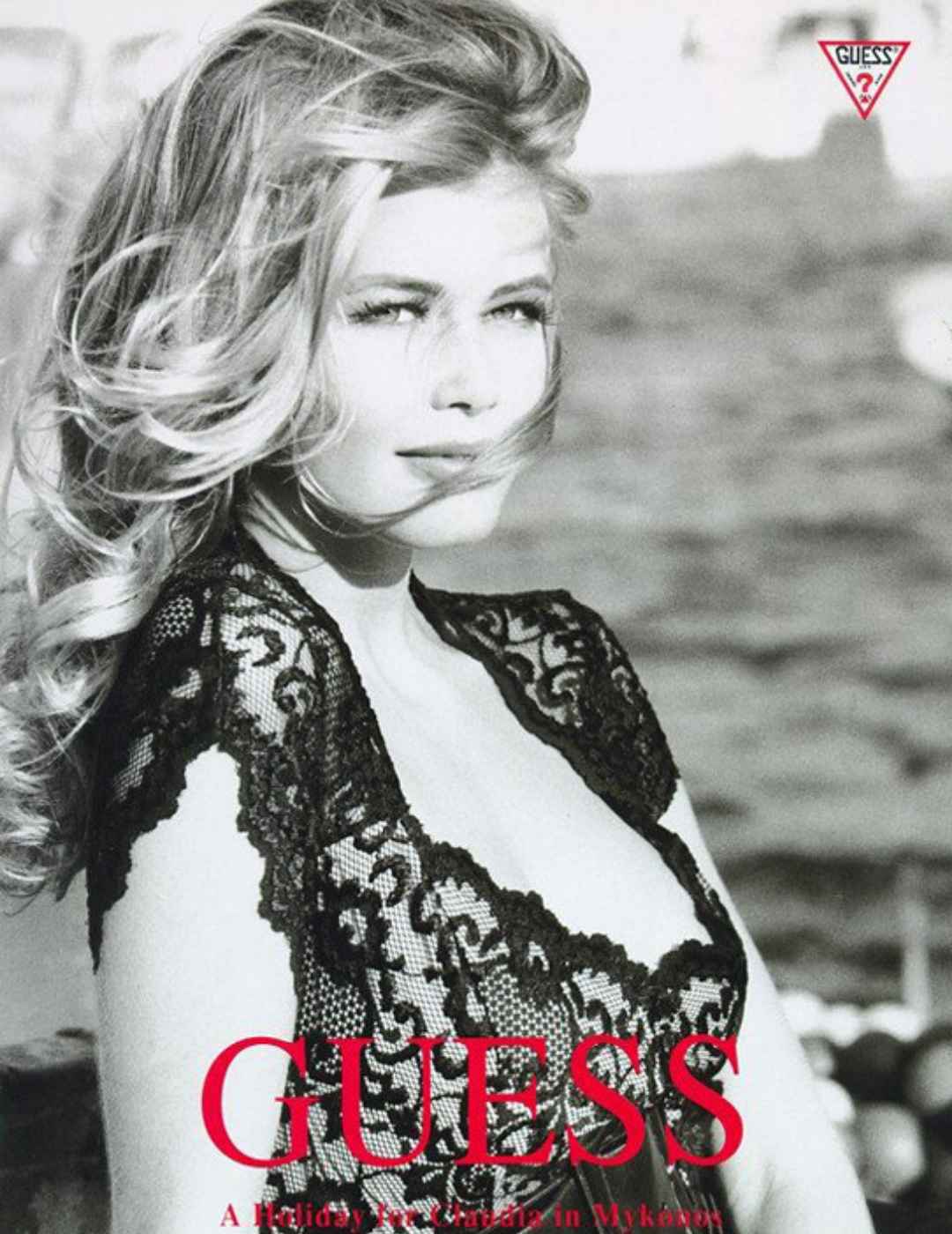 Guess soared in popularity throughout the 80s, starting with jeans before expanding into clothing and leather goods collections. In 1985 Michael J Fox as Marty McFly wore the Guess denim jeans in the classic film Back to the Future. With all the best names in the industry; Naomi Campbell, Claudia Schiffer, Eva Herzigova and Drew Barrymore all modelling for the brand, it became the IT label to have in your wardrobe.

Claudia Schiffer featured in the 30th-anniversary jeans advert once again, 23 years after her first appearance. On their 35th anniversary Guess launched the capsule collection Guess Originals with Hailey Bieber as the face of the campaign.

Guess is still owned by two of the brother Paul and Maurice Marciano. It was Paul who was responsible for the marketing for Guess in the beginning, using Hollywood glamour to grow the brand.

Is Guess a luxury brand?

We would put Guess as an entry-level high-end clothing brand. The Guess products come with a higher price tag which in return you get a well-made, high-end product. They are good quality, stylish, on-trend pieces that are not definitely not classed as high-street or affordable clothing.

However, Guess is not up to the same standard as more prominent luxury designers such as Dior and Prada. Guess is the perfect middle ground, where you can treat yourself to something a little more luxurious without breaking the bank.

How expensive are Guess bags? 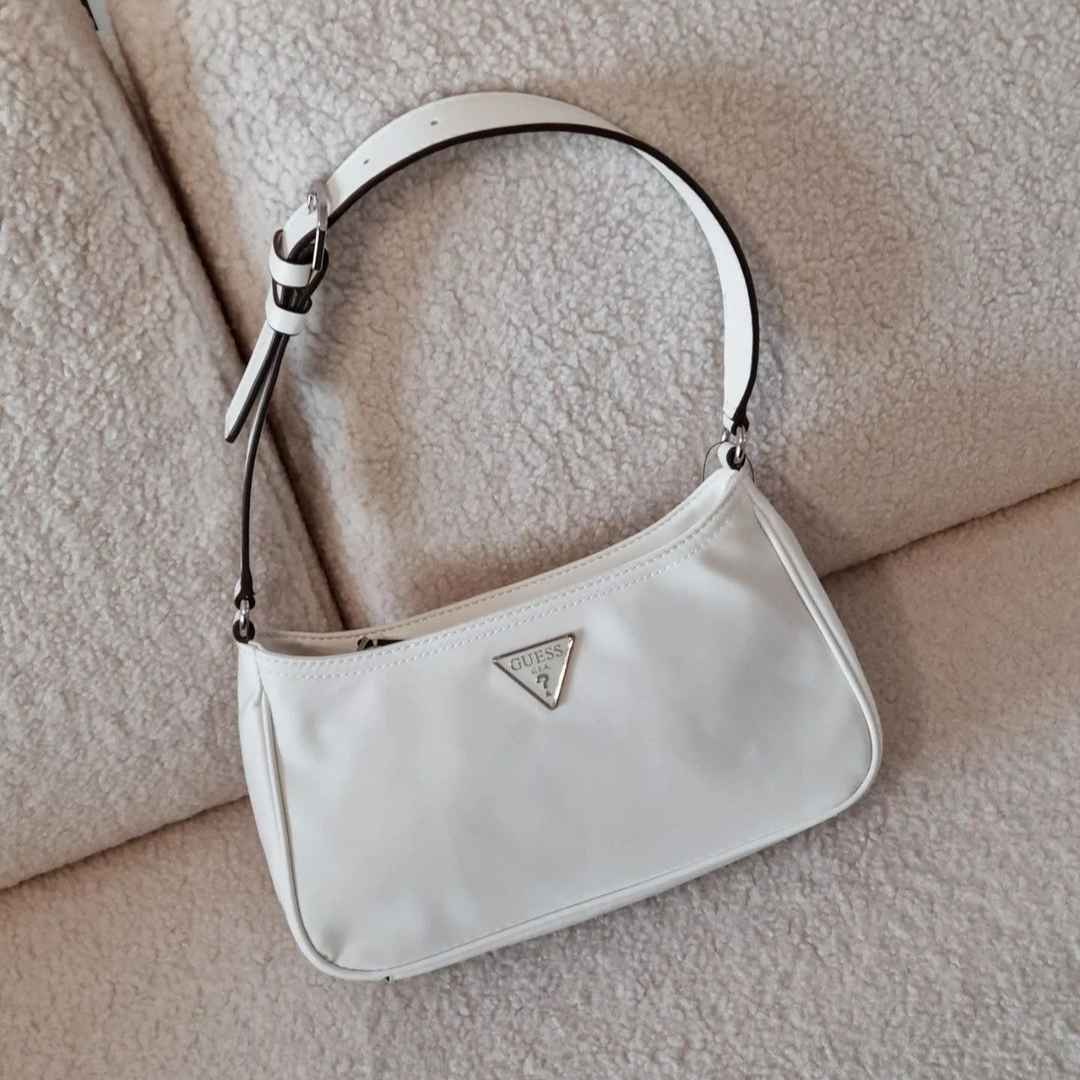 Looking at the new collection of Guess bags, the thing that stands out the most is the quality. The faux leather bag designs are sturdy and firm and will not lose their shape. The quality of chain straps and handles maintains the high-end aesthetic, they feel chunky and robust. There is nothing worse than a flimsy chain that runs through the eyelets too easily if you have changed the straps to sit on the shoulder you want it to hold.

The guess bags have a lot of detail, noted favourites are the mini padlocks Guess adds to some of the chain handles or the branded keyrings that add a pop of colour, catching your eye.

What material are guess bags?

The bags come in a range of fabrics such as leather, suede, faux leather or nylon. The description featured on the product will state what fabrication your bag is made from.

The Guess collection of bags includes leather handbags but the majority of the bags we have at The Hut are faux leather. 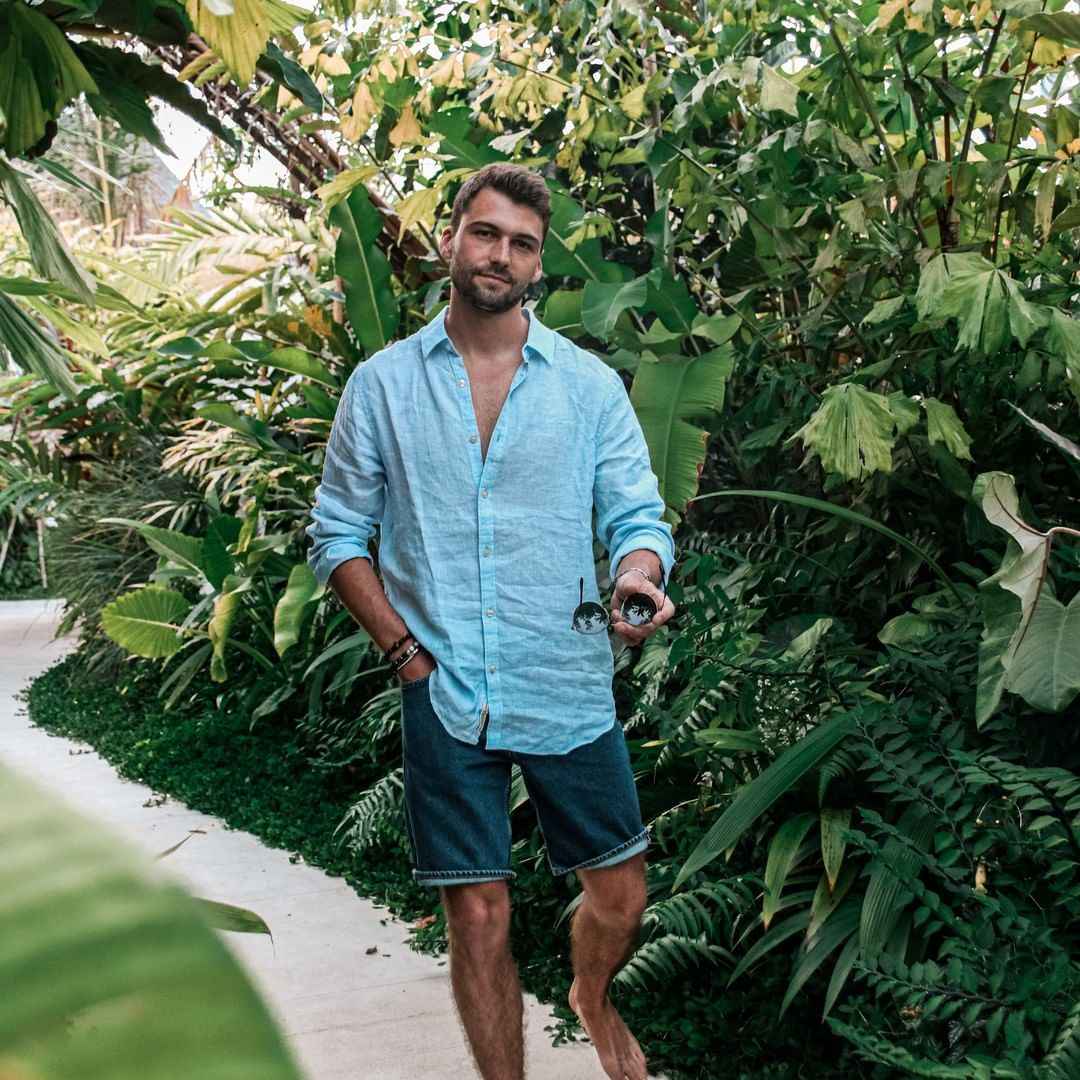 There are collections for men, women and children including basic tees and loungewear to standout dresses and co-ords.

Is Guess clothing true to size?

Yes, the Guess range of clothing tends to be true to size. Some of the reviews state the tees and sweatshirts can be a smaller fit. In that case, you might want to size up if you’re not looking for a snug fit.

Make sure you use the size guides to help you find the perfect fit. 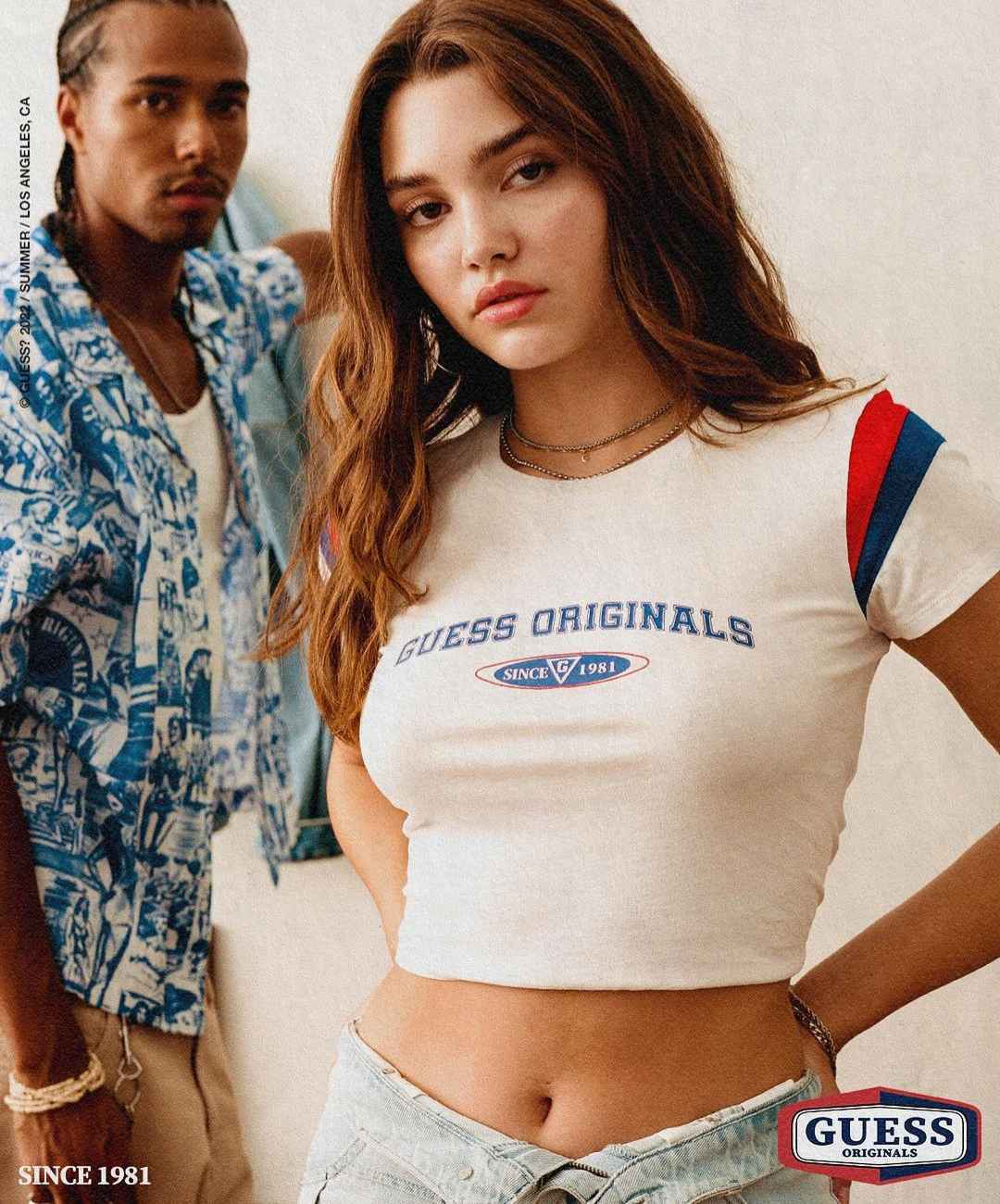 Guess Originals is a fun and youthful collection inspired by the original GUESS archives. Referencing ’90s styles the GUESS Originals collection is often outfitted with the brand’s signature denim styles in an assortment of washes. The collection provides essential clothing in high-quality fabrics, popping colours mixed with all-over prints. Both the men’s and women’s ranges focus on the Guess heritage and vintage styles.

The Guess kid’s collection embraces the free-spirited feeling of the brand but with softer prints and playful colourways. The kid’s clothing similar to the adult lines is made from a super-high quality, using really nice fabrics. This is key when buying for your little ones because you want it to not only last but be super comfortable on their skin.

The kid’s collection ranges include boys’ and girls’ clothing from 4 years to 16 years, with cool designs they will want to wear.

The Guess collection of footwear includes styles for every occasion, from slidders to heels and more. Their heels tend to sway to a more formal occasion, made from reel leather they have mules and strappy styles which are perfect for formal and dressier occasions. 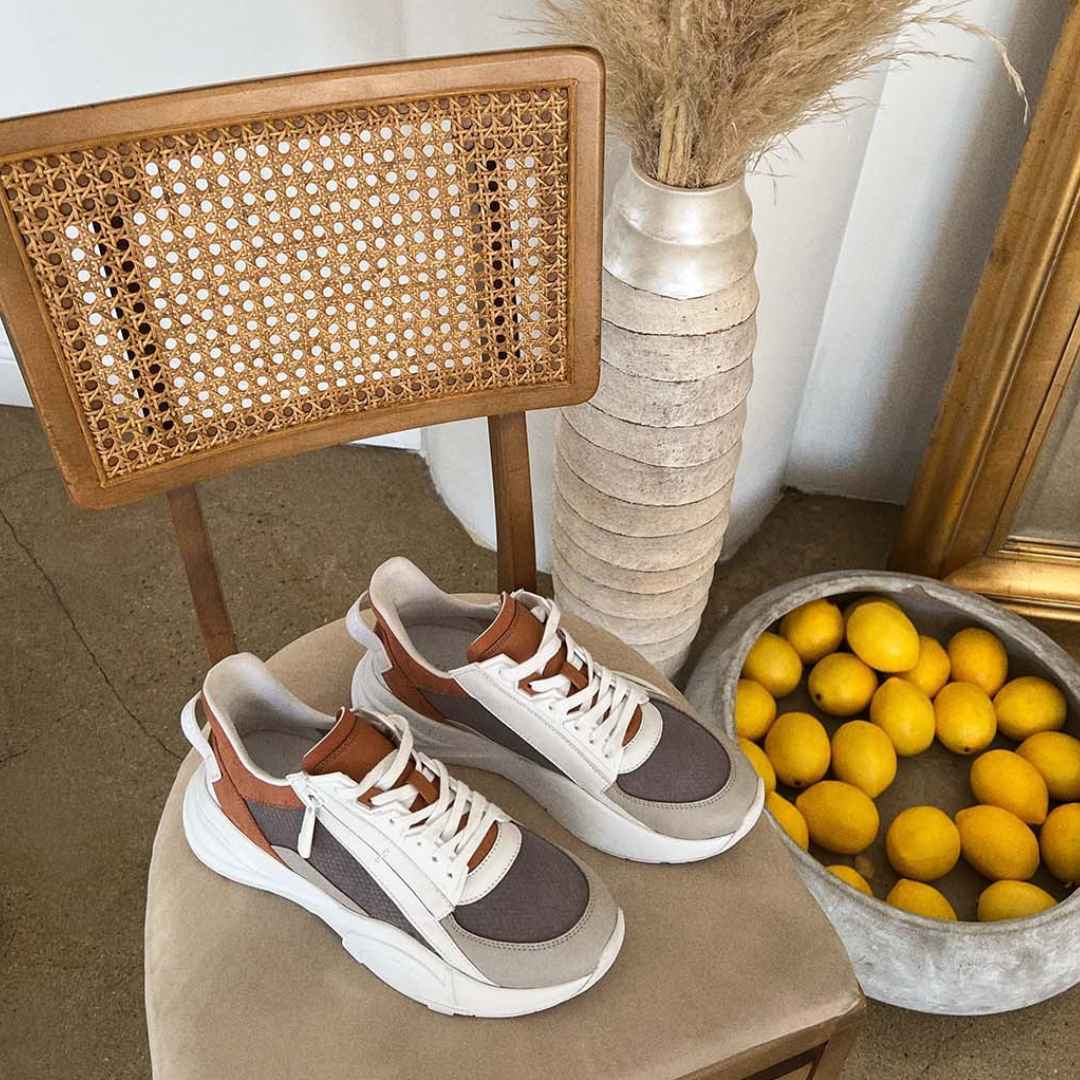 Notably, their most popular range is their trainers, because of their quality. They have something for everyone, from statement styles with studded detailing, to leopard print and logo embroidered designs to classic pump trainers that you can wear every day from work to weekend.

When refined streetwear meets authentic quality workwear, you get Carhartt Work In Progress. Here's what you need to know...