Celebrating Wimbledon this month we thought it was only right we dived into the brand that’s been associated with the sport for over 80 years. Lacoste’s iconic crocodile logo and heritage polo shirts have stood the test of time, but why are Lacoste polo’s still so popular and is the brand worth it?

We take a look at the brand heritage, the story behind the logo, the growth of the brand and lastly the style, fit and quality of the clothing. Here’s our complete guide to Lacoste… 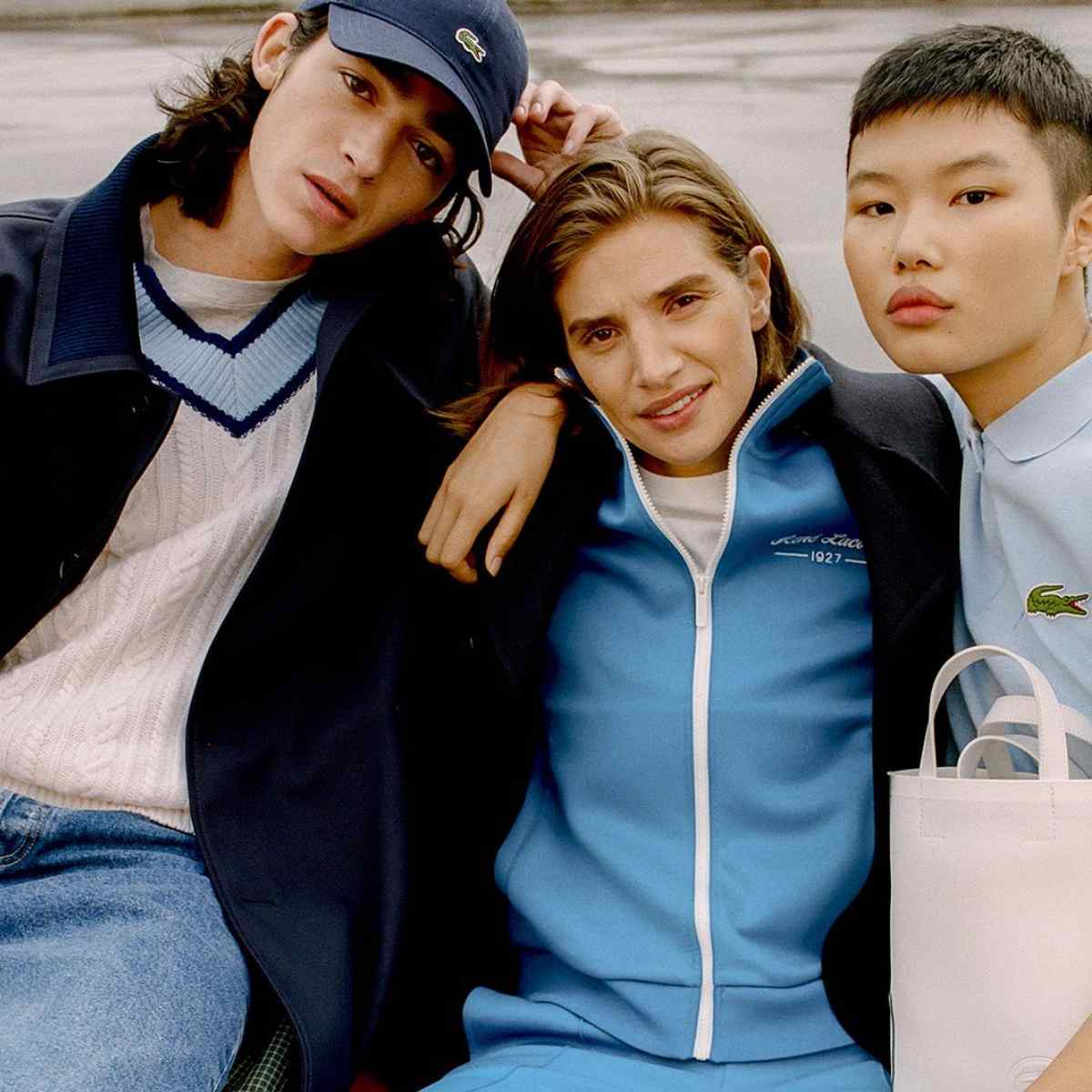 The History of Lacoste

Lacoste was set up in 1933 by René Lacoste and the French textile magnate André Gillier. René Lacoste was a very successful tennis player known for his analysis of his opponents and relentless commitment after only picking up a tennis racket at the age of 15.

René Lacoste won several Grand Slams at French Internationals, won three events at Wimbledon and won 2 more victories at the U.S. Championship. At the time tennis players wore button-down shirts, with trousers and a tie which didn’t give them much room for movement. He realised he would be able to improve his performance if he wore more comfortable clothing which led him to design the infamous polo shirt. 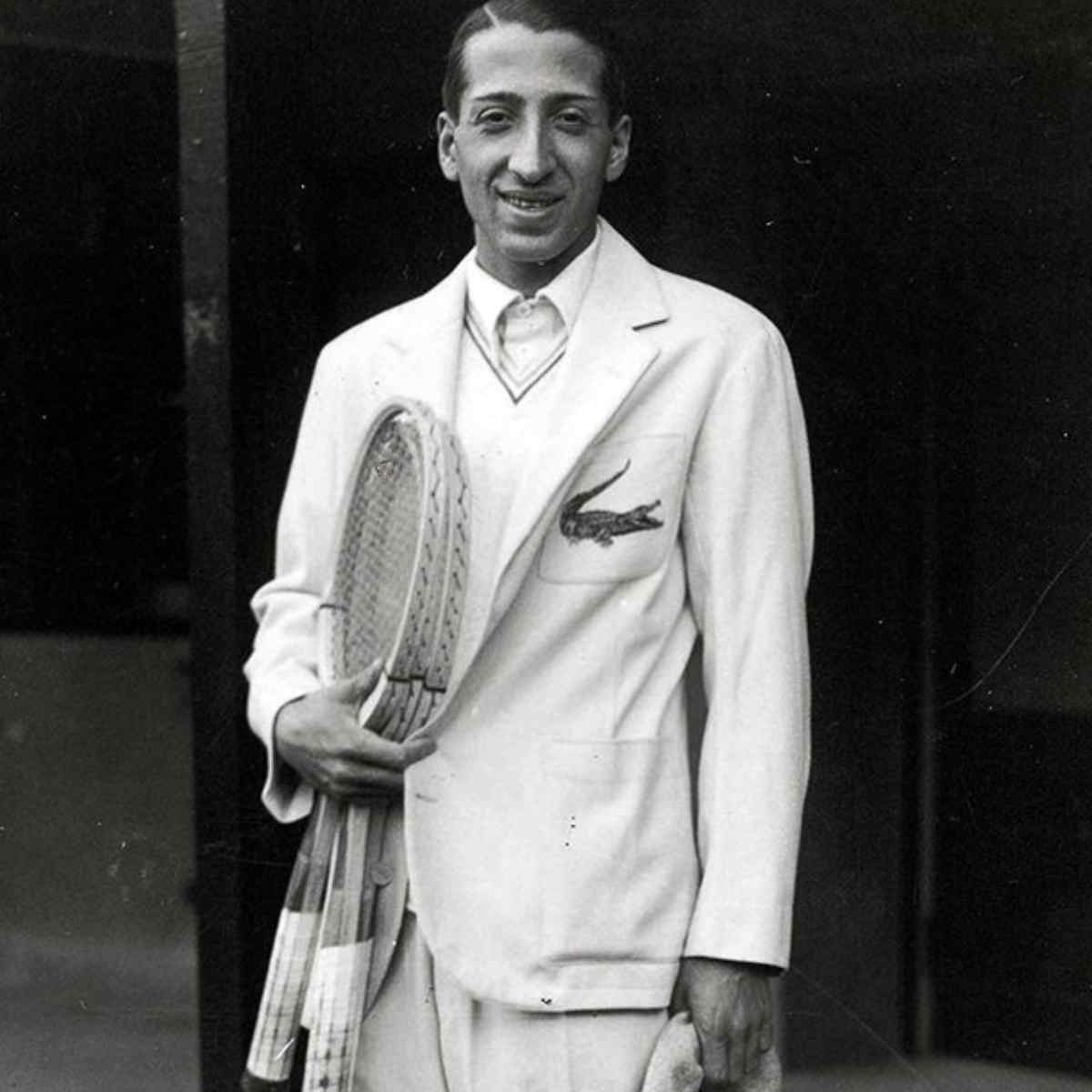 The iconic Crocodile logo was inspired by René Lacoste’s nickname, as he was known as the ‘crocodile’. Many say it was for his tenacity with his opponents but others argue it was because of his recognisable nose. René was one of the first designers to add the logo to the outside of his clothing which has remained a prevalent part of the brand.

Early in the 1920s Lacoste designed a tennis shirt inspired by a polo shirt. He removed the long sleeves, to keep cooler made from a piqué material which was far more breathable. Popularity soared in the 50s when he expanded away from whites into brightly coloured.

In 1952 the brand started cooperating with Izod which expanded them into the US market. The collaboration lasted until 1993. In the 1960s licensing deals were popular and the brand saw more growth in leather goods, fragrances and other sports garments.

Today 50% of the brand is owned by a Swiss company but the remainder of the company is still run by the family. It is currently run by Ronwin Lacoste and will be then passed to Elliot Lacoste, keeping the brand in the family.

In October 2018 Lacoste announced that its creative director would be Louise Trotter, the first female lead for the brand. Sunderland-born, Trotter began her career at Whistles, the British high street brand, and went on to Jigsaw and Joseph. 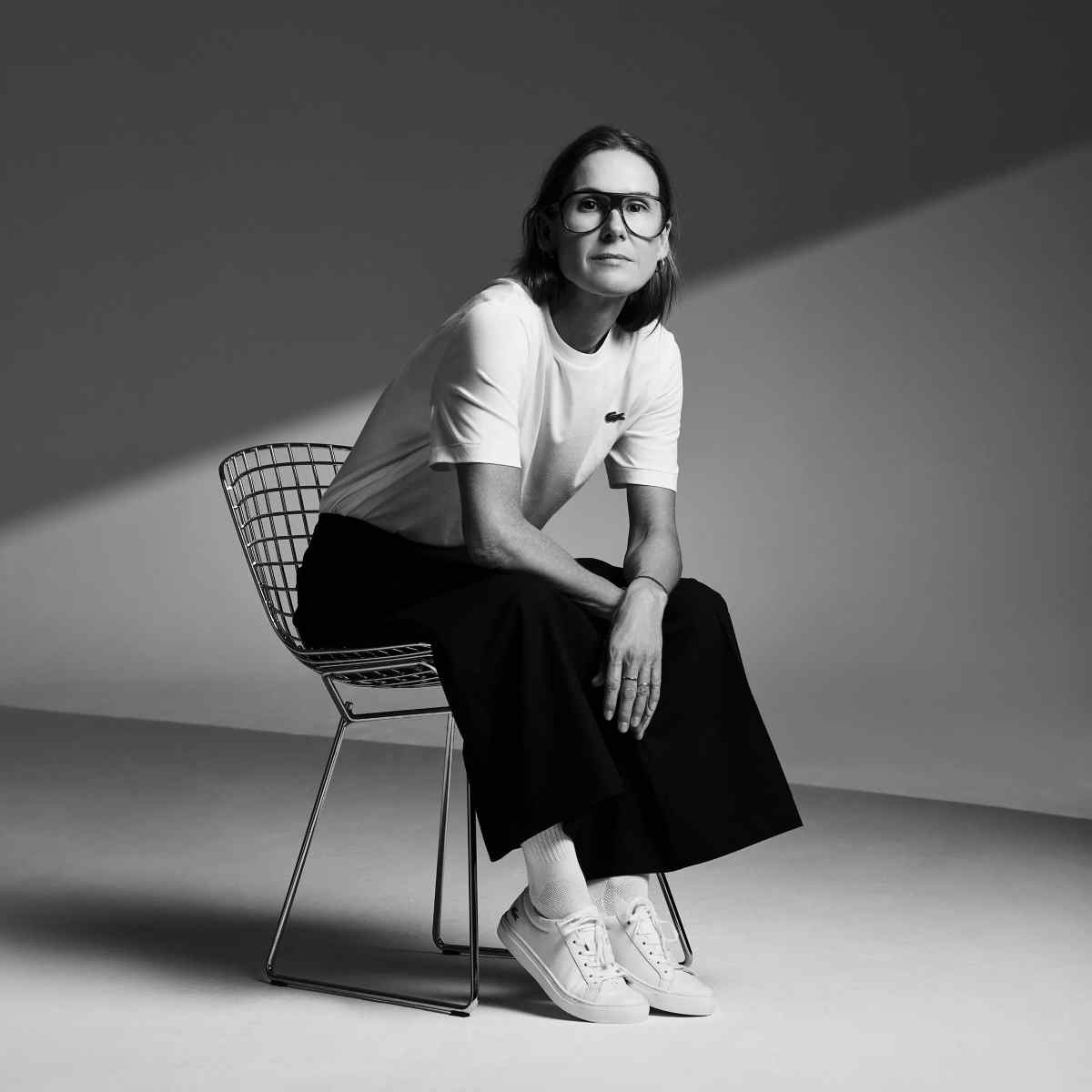 Her first collections for the brand deconstructed the iconic crocodile with crocodile loafers and green, white and red dressy tops and outerwear. Soaking up René’s legacy with a post-pandemic fashion landscape, the Spring Summer 22 collection perfectly paired functionality and punchy flare. Digging into the crocodile archive and the meaning behind the heartfelt symbol, Trotter has elevated the designs by giving the logo new meaning and making it less repetitive, this has resulted in a significant rise in popularity for the brand again.

Is Lacoste a designer brand?

Yes, Lacoste is a high-end designer brand, with a well-established name in ready-to-wear apparel.

The Lacoste polo features straight-cut sleeves and a waist. It is made from Petit Piqué Cotton which makes it comfortable and lightweight to wear.

The collar has two visible buttons front and centre of the shirt with the signature green crocodile over your heart.

As easy as a t-shirt, as elegant as a shirt: here is the Paris Polo from Lacoste.

The Lacoste polo shirt is well known for its huge variety of colours. It is available in more than 40 colours. 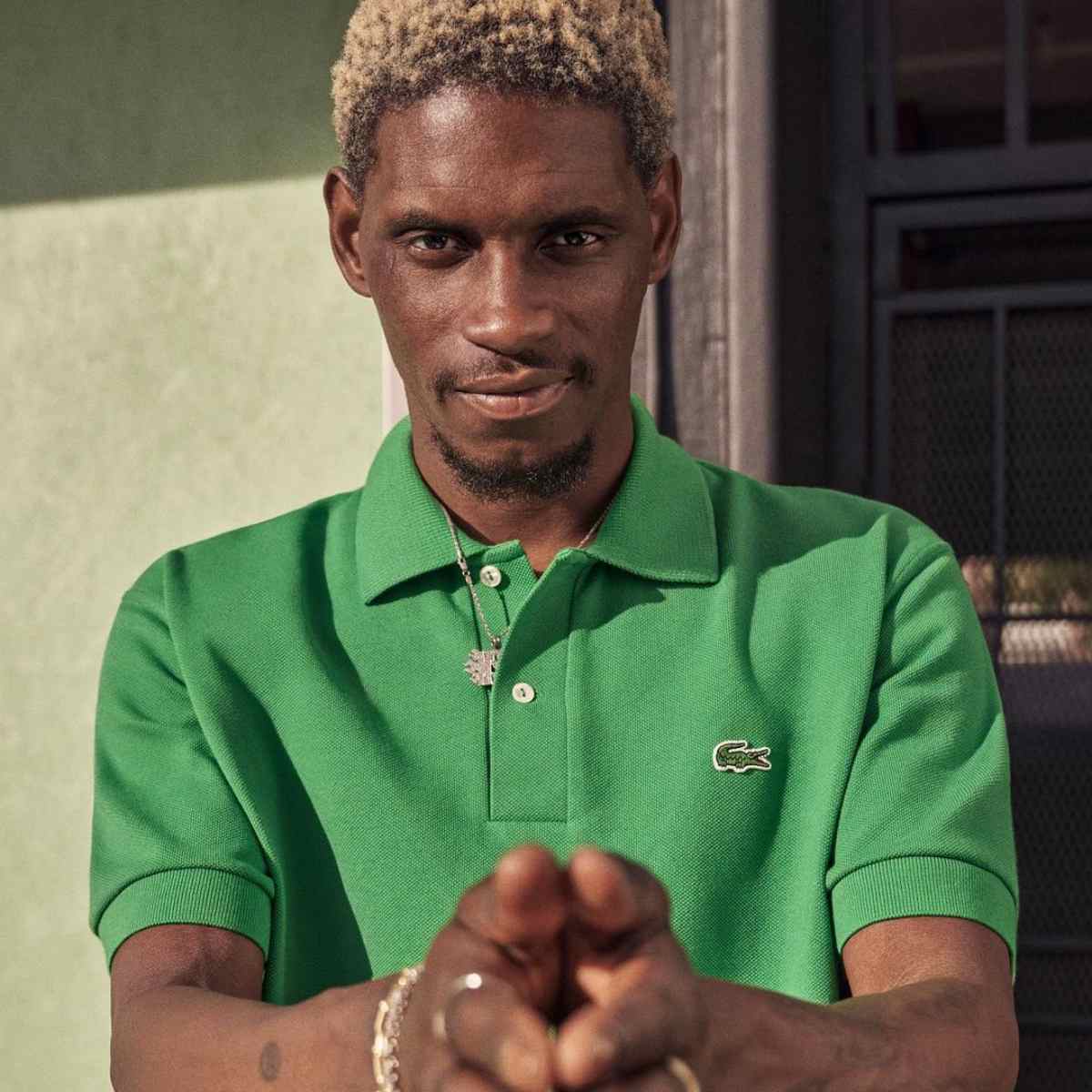 Are Lacoste Shirts worth it?

When people ask are Lacoste shirts worth it, they are often referring to the quality. As everyone can already see their style is worth the price tag because they are a timeless investment that will always be on-trend.

Reviewing the quality of the shirts, some styles explicitly state that they are made from Pima cotton. Pima cotton is extra-long-staple cotton, which has the same qualities as Egyptian cotton. Silky soft to touch and resistant to fraying, tearing, pilling, wrinkling, and fading. The main difference is that Pima cotton is mainly grown in the United States. Other Lacoste Polo shirts are made from organic cotton or 100% cotton which refers to the production of cotton.

How do Lacoste shirts fit?

The brand overall fits true to size. Some comments on the Men’s Lacoste Polo’s are that they are slightly wider and shorter in comparison to other American brands but we would still recommend getting your usual size. For example, if you are a medium, get a medium.

If you are struggling with finding the right size, here are the Lacoste sizing charts to help you… 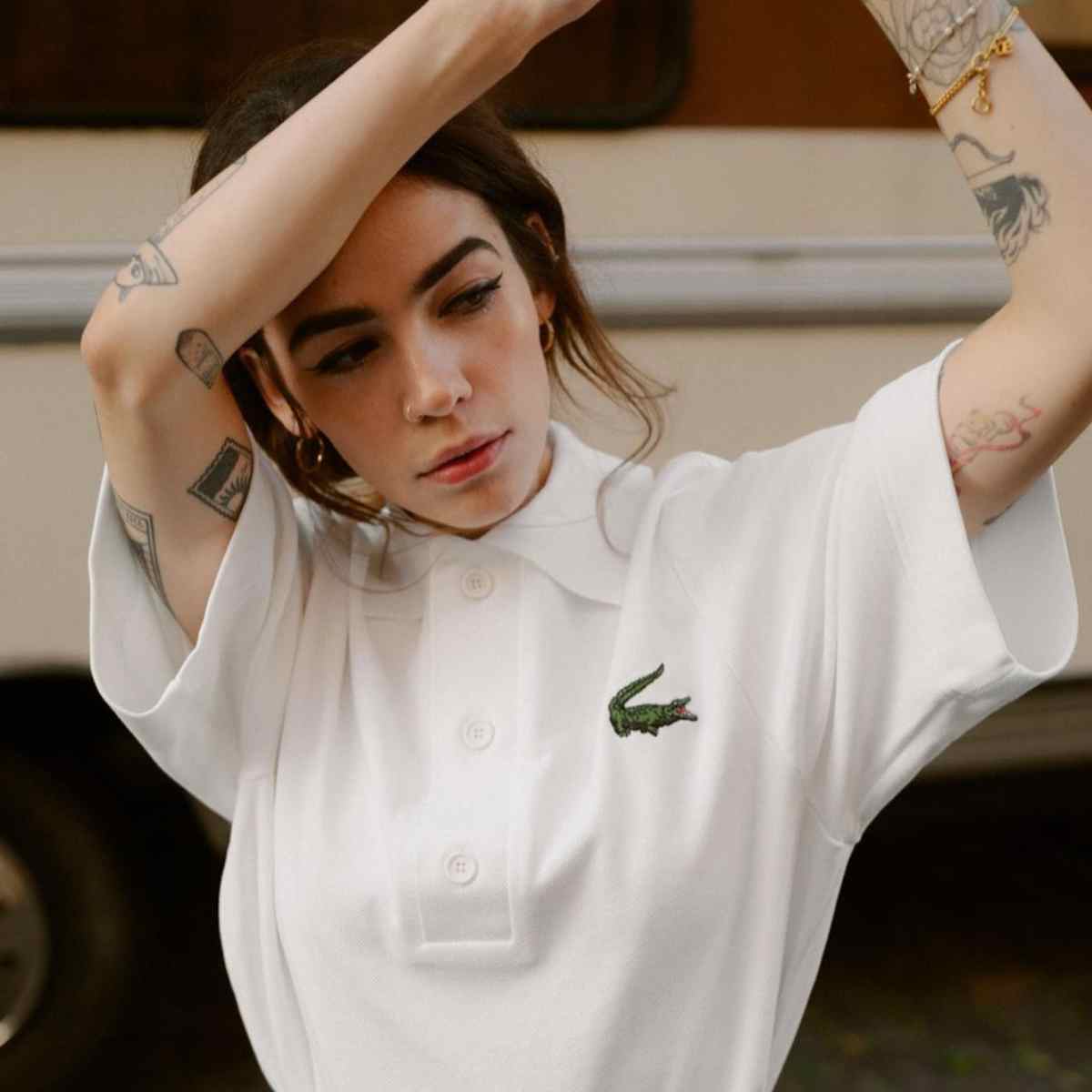 Lacoste has become known for its tracksuits, jumpers and leather goods. The Lacoste trainers have become a firm favourite bridging the gap between smart, casual footwear that you can wear to work and out of the office. 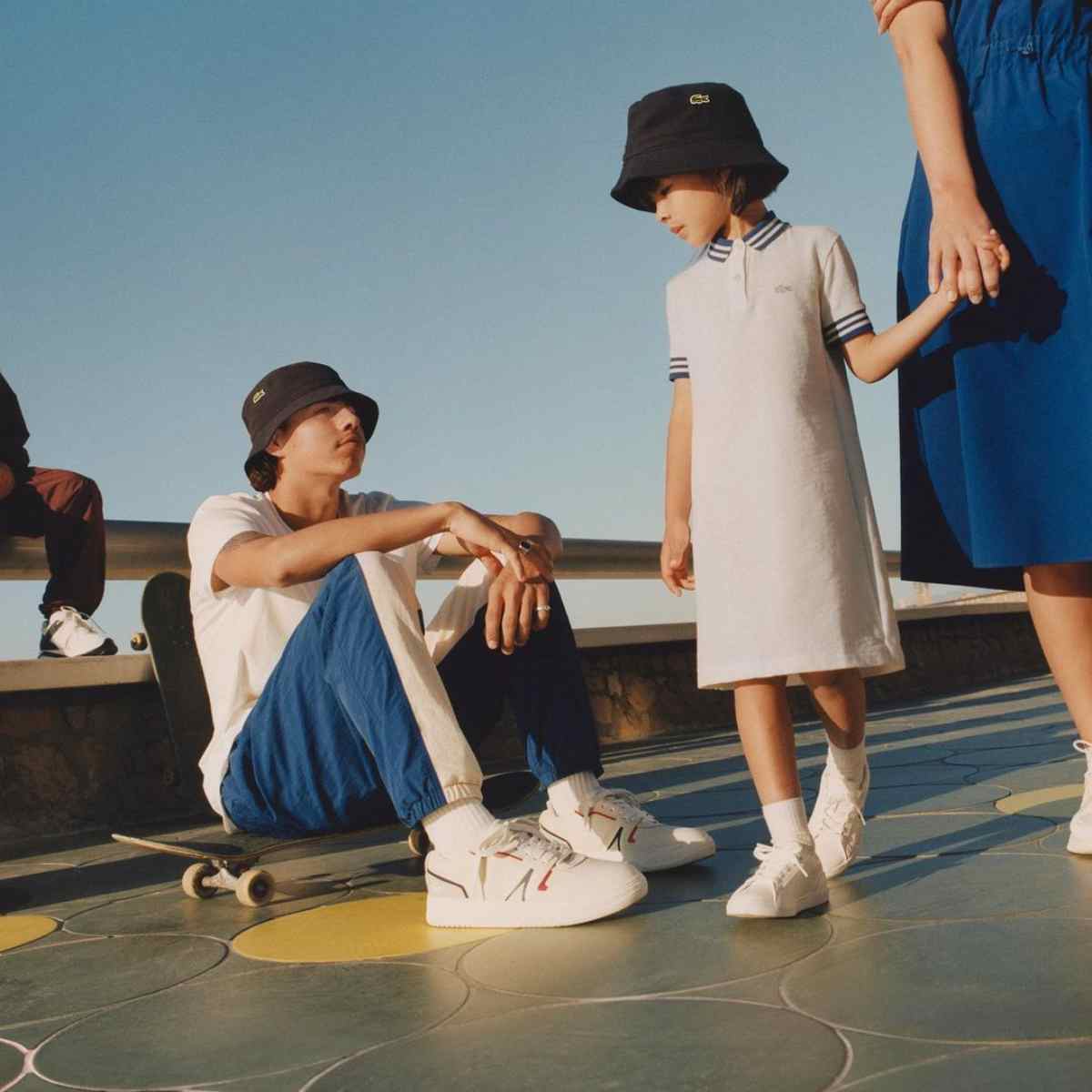 Are Lacoste trainers true to size?

Lacoste trainers are not available in a wide or narrow widths. They are overall true to size. The kid’s trainers reviews have noted that they can run a little bigger, so you might need to size down.

If you are looking for a pair of Lacoste trainers and want to convert your size, use the size charts to help you… 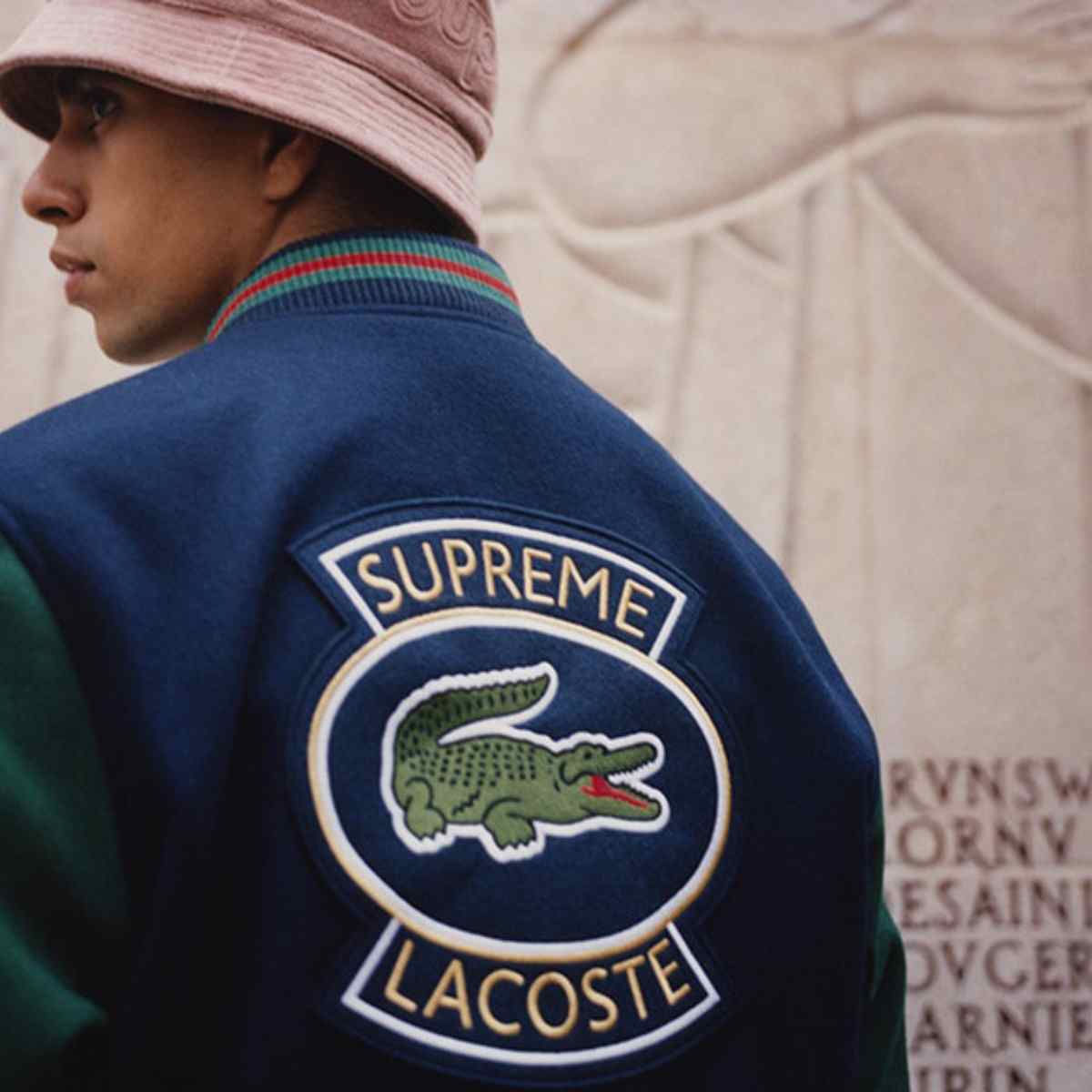 One reason Lacoste has remained so popular, along with its iconic polo shirts and 80 + year relationship with athletes is the many collaborations to remember.

The Lacoste X Supreme collaboration had 3 drops from 2017-2019 of apparel and accessories. It included wool varsity jackets, velour tracksuits and pique long sleeve polos which were best sellers.

In 2007 Lacoste teamed with Kidrobot to reimagine a range of trainers. The trainers all came with limited-edition toys which were something different to their usual collaborations.

With the fashion industry waking up to global warming Lacoste set the bar with a collaboration with National Geographic. The collection was a celebration of the animal kingdom focusing on four key animal prints.