Taking a closer look at the ultimate all-American brand, Wrangler, we wanted to cover all bases from its rich heritage to its denim fits. Competing with brands such as Levi’s and Lee, this brand is the closest to its cowboy roots with its whole ethos born from creating quality, durable overalls over a hundred years ago. 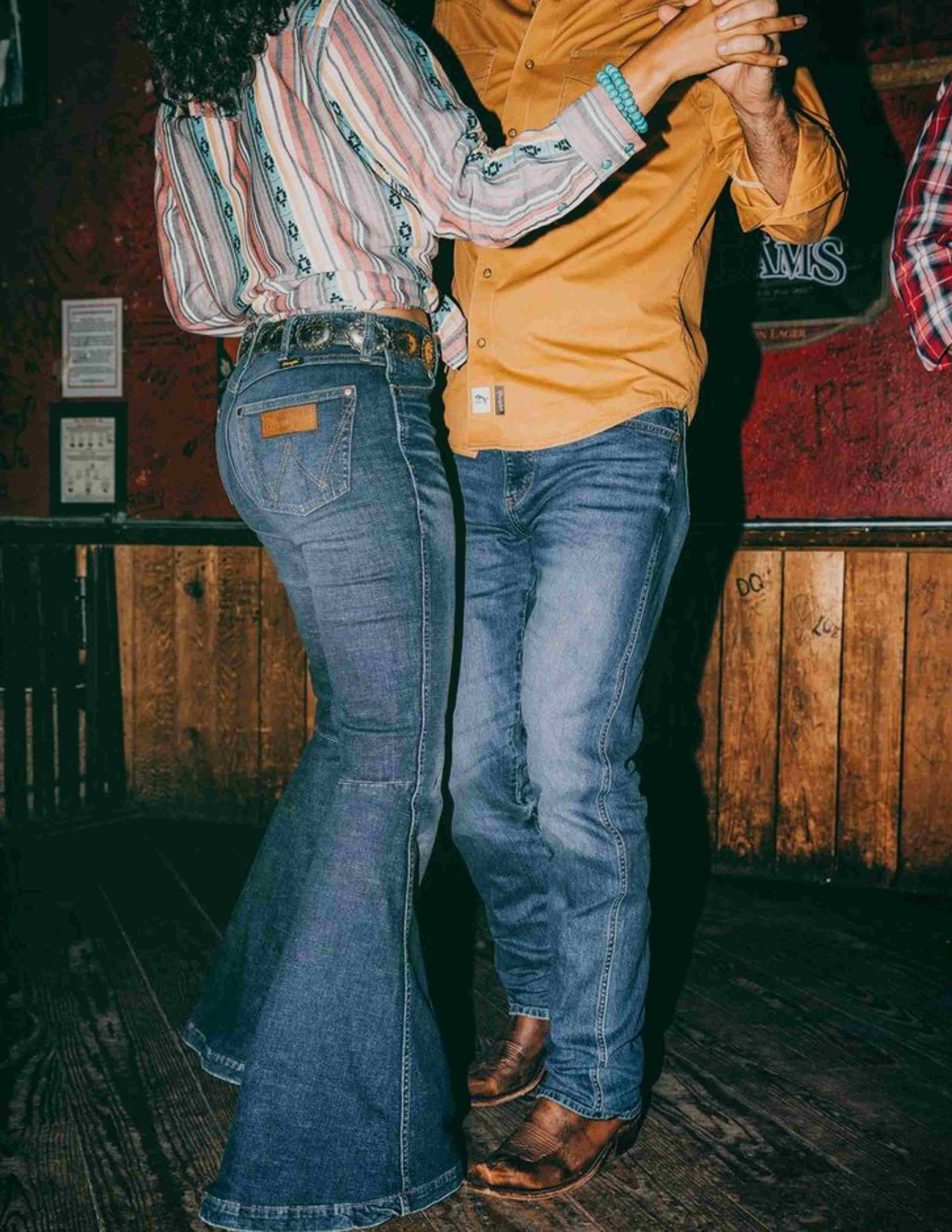 Where was Wrangler founded?

Founded in 1897 under a different name, Wrangler was launched in 1947 in Greensboro, North Carolina. Creating the best possible jeans, jackets and shirts for cowboys, here is a timeline from the very beginning.

1897 – 20-year old C.C. Hudson leaves Spring Hill Farm in Williamson County, Tennessee, to try and make a career in the emerging textile town of Greensboro, North Carolina. He finds work in an overall factory, sewing on buttons for 25 cents a day.

1904 – Hudson’s workplace closes and he and a few others buy several of the sewing machines. C.C. Hudson and his brother, Homer, form the Hudson Overall Company, operating from a loft above Coe Brothers Grocery.

1919 – The sales of Hudson overalls were seeing huge success, so the company moved to a larger headquarters and changes its name to Blue Bell Overall Company.

1962 – The Wrangler brand is successfully launched in Europe, opening a factory in Belgium.

1963 – Wrangler begins using sanforized, 14 oz. denim – “the heaviest denim ever made” – in their western jeans.

1974 – Wrangler jeans and shirts become the first, and still only, western wear brand to be officially endorsed by the Pro Rodeo Cowboy Association.

1996 – Wrangler becomes the #1 brand on the market in the US, with one man out of four wearing the Wrangler brand.

2003 – Two new brands are added to the Wrangler family: RIGGS WORKWEAR® by Wrangler®, a line of premium work clothes, and Wrangler® ProGear™ hunting apparel for the serious sportsman.

2004 – Wrangler® Jeans Company becomes the official jean of Dale Earnhardt, Jr. and the No. 8 race team. It’s a new generation of Wrangler. Several new collections are launched including Aura from the Women of Wrangler, Genuine Wrangler, and Wrangler Jeans Co.

2005 – Wrangler® partners with the American Quarter Horse Association to develop the Ultimate Riding Jean for women with features tailored to meet the needs of female riders.

2007 – James A. “Jim” Shoulders, known as the Babe Ruth of Rodeo, passes away. His partnership with the brand lasted for 58 years until his death, this is the longest sports licensing endorsement in the history of professional sports to this day.

2013 – December 2013, WranglerNetwork.com is born. This is a website for all things rodeo, schedule, standings and more. 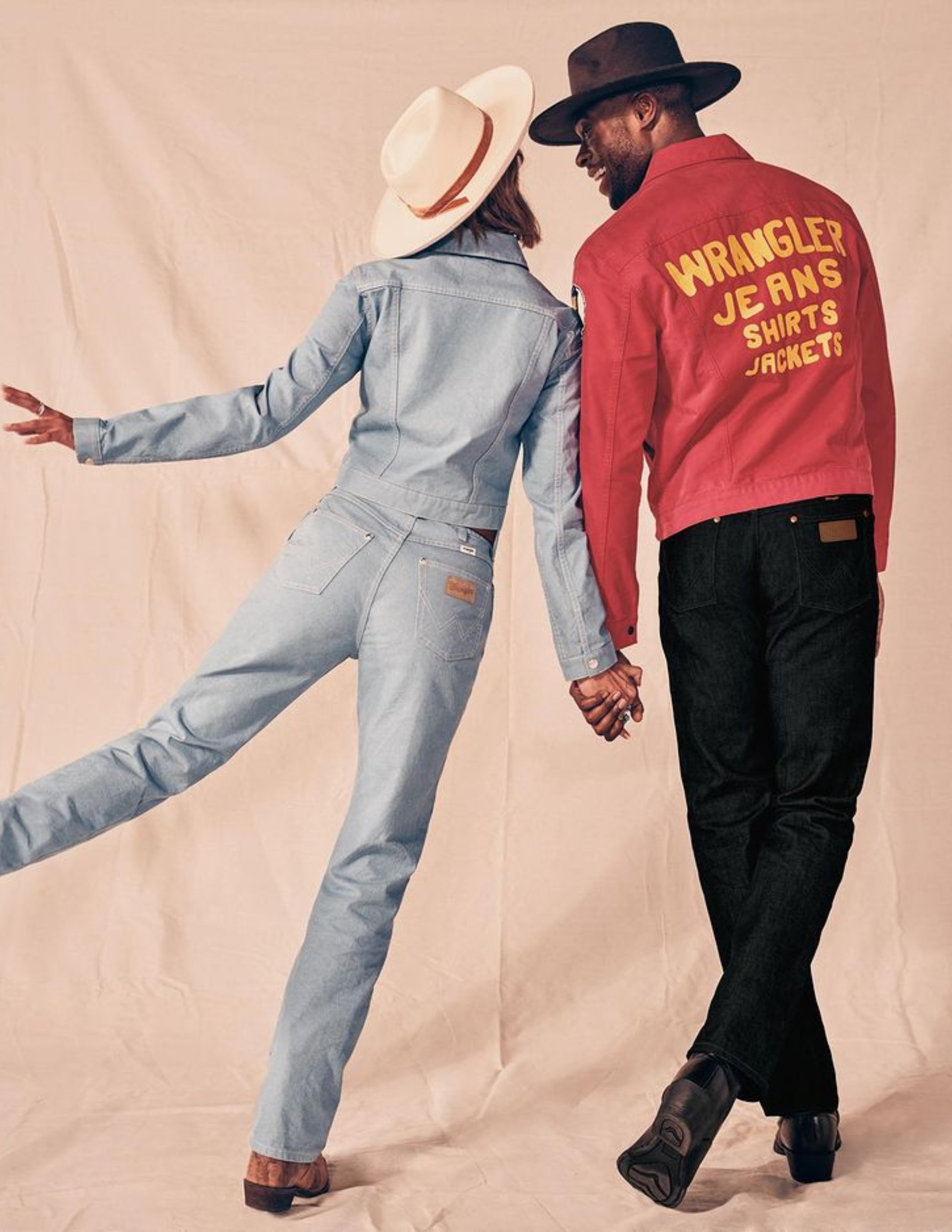 Wrangler is owned by VF Corporation, they merged in 1986. They are also the parent company to brands such as The North Face and Lee.

Is Wrangler a sustainable brand?

Wrangler, as one of the biggest denim brands in the world, has led the way in making denim production a more sustainable production process. Reducing their footprint with ambitious sustainability goals such as powering all facilities with renewable energy by 2025 and all materials must be 100% sustainable.

They have also established a science-based target in 2022 to reduce greenhouse gas emissions aligned with Paris Climate Accord’s 1.5-degree goal. By 2023 they want to use 100% preferred chemistry, save 10 billion litres of water and work only with factories that support working well-being by 2025.

Where are Wrangler clothing lines made?

For decades Wrangler made denim in the US, but along with its competitors, they are no longer made in the US due to the rising cost of production. Their last US factory closed in 2005. Their factories today are scattered around from Egypt to Mexico.

A lot of their manufacturing now takes place internationally, however, Wrangler continues to produce a handful of jeans styles close to Greensboro, North Carolina. Their ‘27406’ line pays tribute to the zip code of the brand’s birthplace, sourcing materials from local mills and doing all of their sewings is done locally. 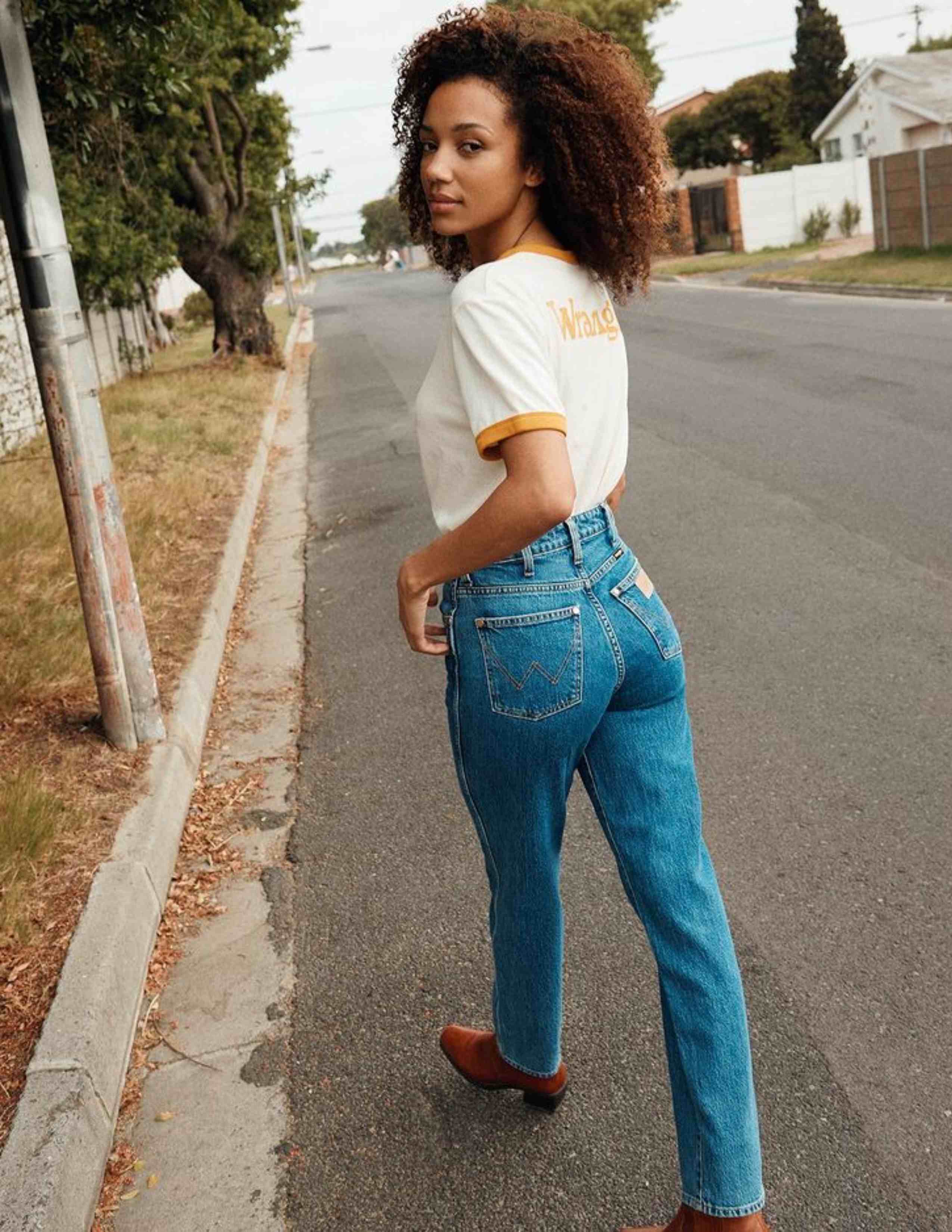 Why is Wrangler so popular?

Wrangler has become such a namesake brand and institution for denim because of its practically and durably built clothing. Like brand’s such as Carhartt and Dickies, which were not initially designed for fashion purposes have ended up snowballing into popularity.

If you were to compare Wrangler to one of its main competitors such as Levi, you would notice that Levi is influenced by fashion trends and the consumer market. Wrangler’s sole focus is to still provide sturdy rodeo and outdoor workwear for cowboys and wranglers.

Their collection includes branded tee’s, classic jackets and shirting, which will help you build up a great foundation in your wardrobe.

How do Wrangler jeans fit?

Wrangler jeans focus on cowboy-cut jeans designed for ranch work. These jeans are heavy-weight denim that is not stretchy or super soft, it’s made to withstand harsh working conditions. This is often when they look their best, worn in to suit you. The fit is loose and designed to allow you to be able to still move.

The sizing is usually a little smaller due to shrinking in the wash and might be a tighter fit in comparison to other denim brands because they won’t stretch and give over time. These are high-quality but affordable jeans.

If you want to find the right size for you visit the Wranger size charts here. It breaks it down for you into men’s, women’s and kids’ and by each style.

SHOP WRANGLER NOW AT THE HUT

The Best of the Scandinavian Baby Brands