Earlier this year at CES 2017, LEGO announced its latest creation, LEGO BOOST. But what exactly is it, when will it be released, and how much will cost? The Hut unveils what we know so far about LEGO BOOST. 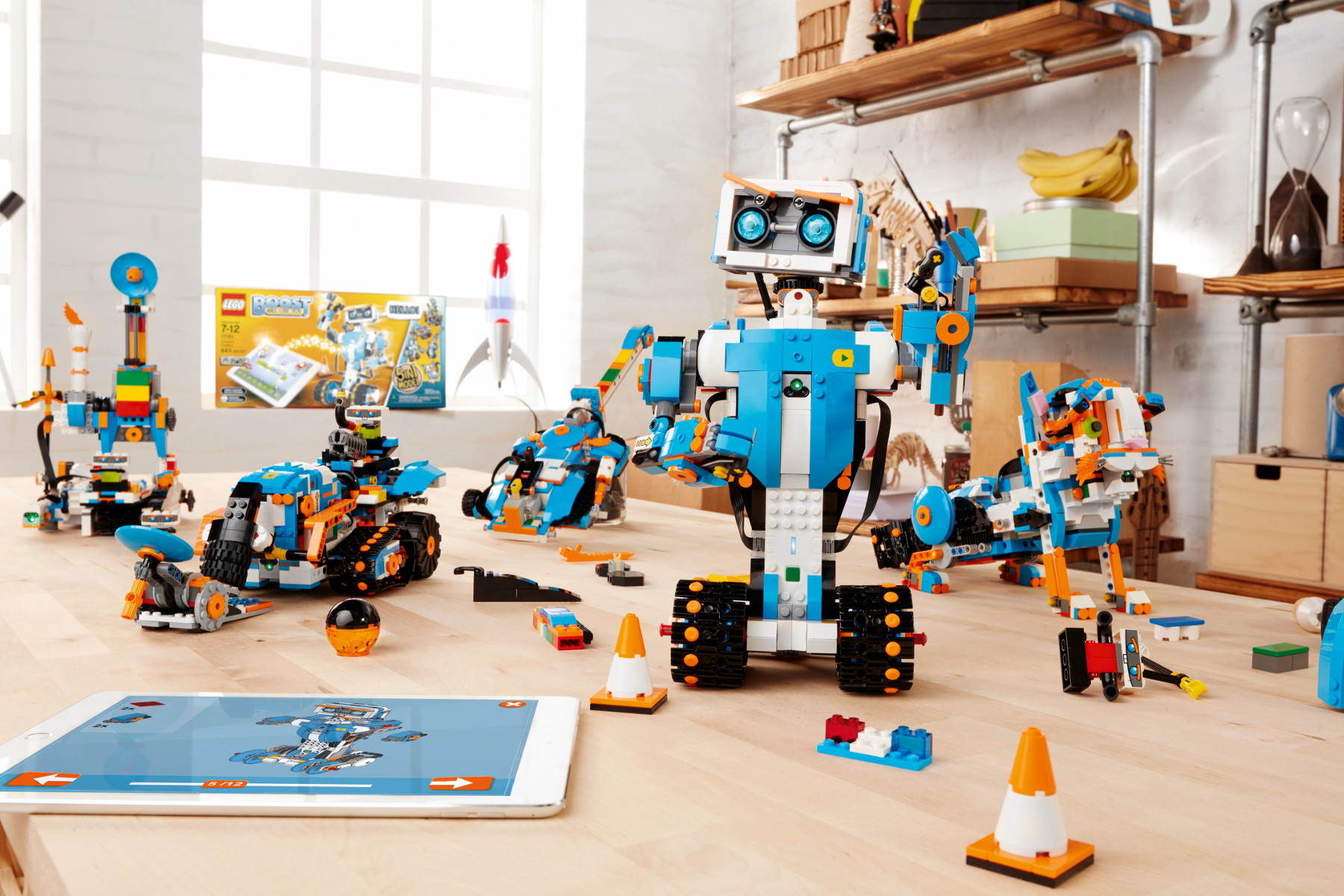 What is LEGO BOOST?

Each of the five building experiences is controlled with a free tablet app that uses an  intuitive, icon-based coding interface completed with an array of exciting activities designed for each model. Functioning with a simple drag-and-drop coding interface, the app provides the ideal gateway for children learning about coding and robotics.

While LEGO WeDo 2.0 focuses on playful learning and STEM education, LEGO BOOST is designed to highlight learning through play. Moreover, WeDo has been developing and refining the physical and digital learning experience through coding in education since 2009, whereas BOOST is a new coding toy. WeDo focuses on the classroom learning experience, while BOOST focuses at home play for the individual child, combining LEGO play with coding.

What did LEGO reveal about LEGO BOOST in its latest press release?

Following its unveiling at CES 2017 in January, LEGO published a press release describing how LEGO BOOST “empowers children to bring their LEGO Creations to life”:

Building on the company’s history of merging digital programming and physical building, LEGO® BOOST will inspire a younger generation to build and code their way to limitless play.

Today (04/01/2017) the LEGO Group announced LEGO® BOOST, a supercharged building and coding set that lets children bring their LEGO creations to life by adding movement, sound and personality. Unveiled at the Consumer Electronics Show in Las Vegas, Nevada, LEGO BOOST will be previewed to members of the global media at Digital Experience on January 4 and will be demonstrated to CES attendees as part of the Kids@Play Kids & Technology Marketplace from January 5-8, 2017 at the Sands Expo. With a suggested retail price of $159.99 (USD), LEGO BOOST will be available in the second half of 2017.

Build the creation you want
LEGO® BOOST combines the endless play opportunities of a traditional LEGO set with an endless variety of movement and sound capabilities made possible through an easy-to-use, app-based coding environment. LEGO BOOST has been developed for children ages 7 and older by an international team of LEGO designers. Using familiar LEGO elements and simple coding language, LEGO BOOST delivers an intuitive approach and opportunities for quick success.

Powered by a Move Hub, a LEGO stud-covered brick with built-in tilt sensor upon which children can add LEGO elements, motors and a sensor that combines colour and distance detection, LEGO BOOST brings movement to any LEGO creation. The set includes building instructions for five diverse models; Vernie the Robot, Frankie the Cat, the Guitar 4000, the Multi-Tool Rover 4 (M.T.R.4), and the Autobuilder, each designed to give children the basic building and coding skills needed to express their creativity by personalizing whatever they build.

We know that children dream of bringing their LEGO creations to life, and our chief ambition for LEGO BOOST is to fulfil that wish. Once children build a LEGO creation, we give them simple coding tools to ‘boost’ their models by adding personality,” said Simon Kent, design lead for the LEGO Group. “We want children to first and foremost have a fun and limitless play experience, adding the coding opportunity is the means to get there.

Coding brings your creation to life
LEGO® BOOST introduces children to coding through a free downloadable app that contains the guidance, building instructions and simple coding commands to bring to life five LEGO creations, one at a time. Much like building with LEGO bricks, children build behaviors and actions by linking digital coding blocks in an easy-to-understand horizontal layout. To further personify the experience, LEGO BOOST lets children add voice recordings to their creations, adding personality without requiring spelling and typing. The app also includes more than 60 activities designed to inspire additional building, coding and play.”

You can read the full press release at LEGO.com. 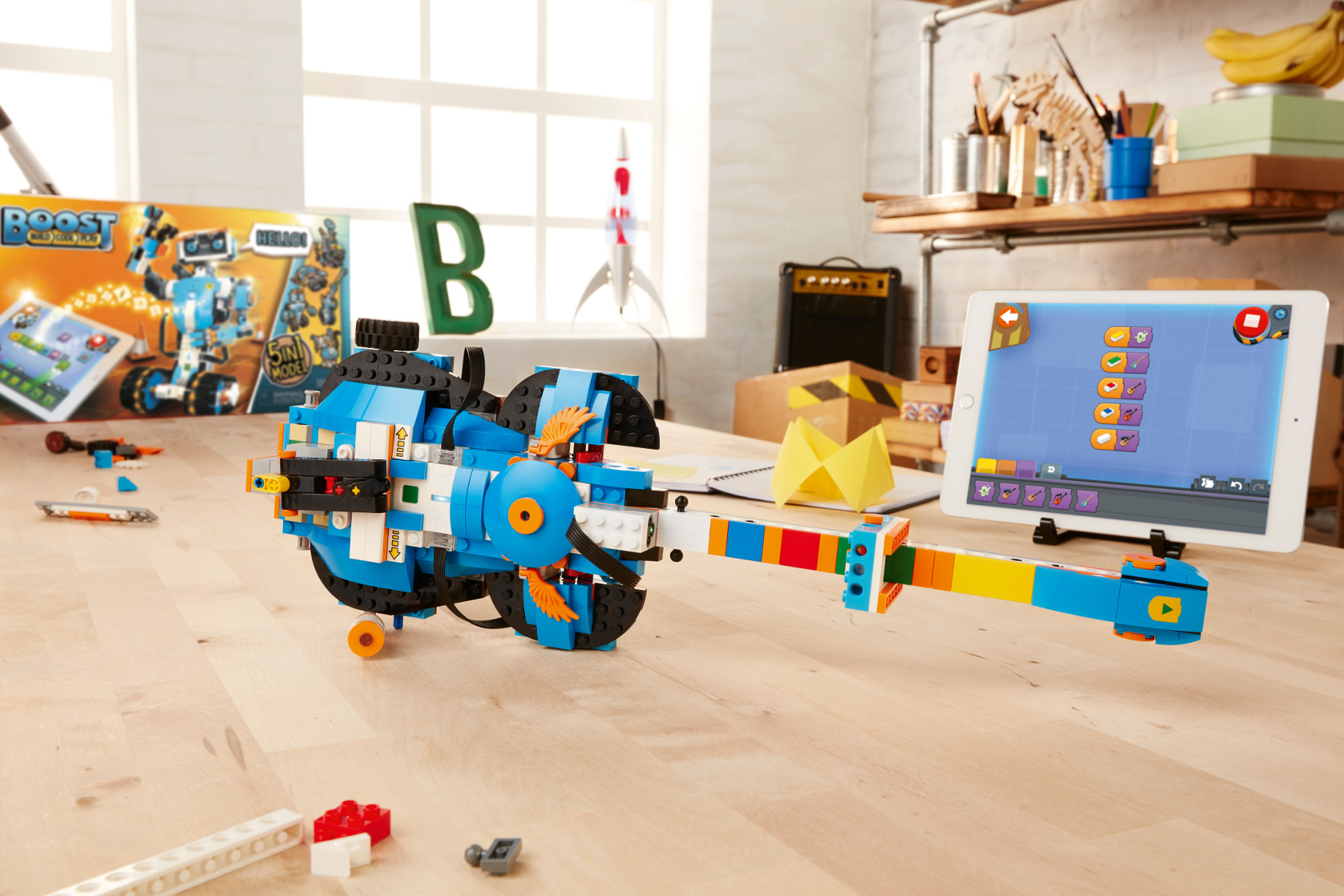 What is the release date for LEGO BOOST in the UK?

LEGO Boost is scheduled for release in the UK and US in August 2017.

How much with LEGO BOOST cost?

What does the LEGO BOOST set include?

What platforms is BOOST available on?

In what languages will BOOST be available?

What age range is LEGO Boost appropriate for?

LEGO Boost has been developed for children aged seven and older.

In the Spotlight: Smart Cooking & Living