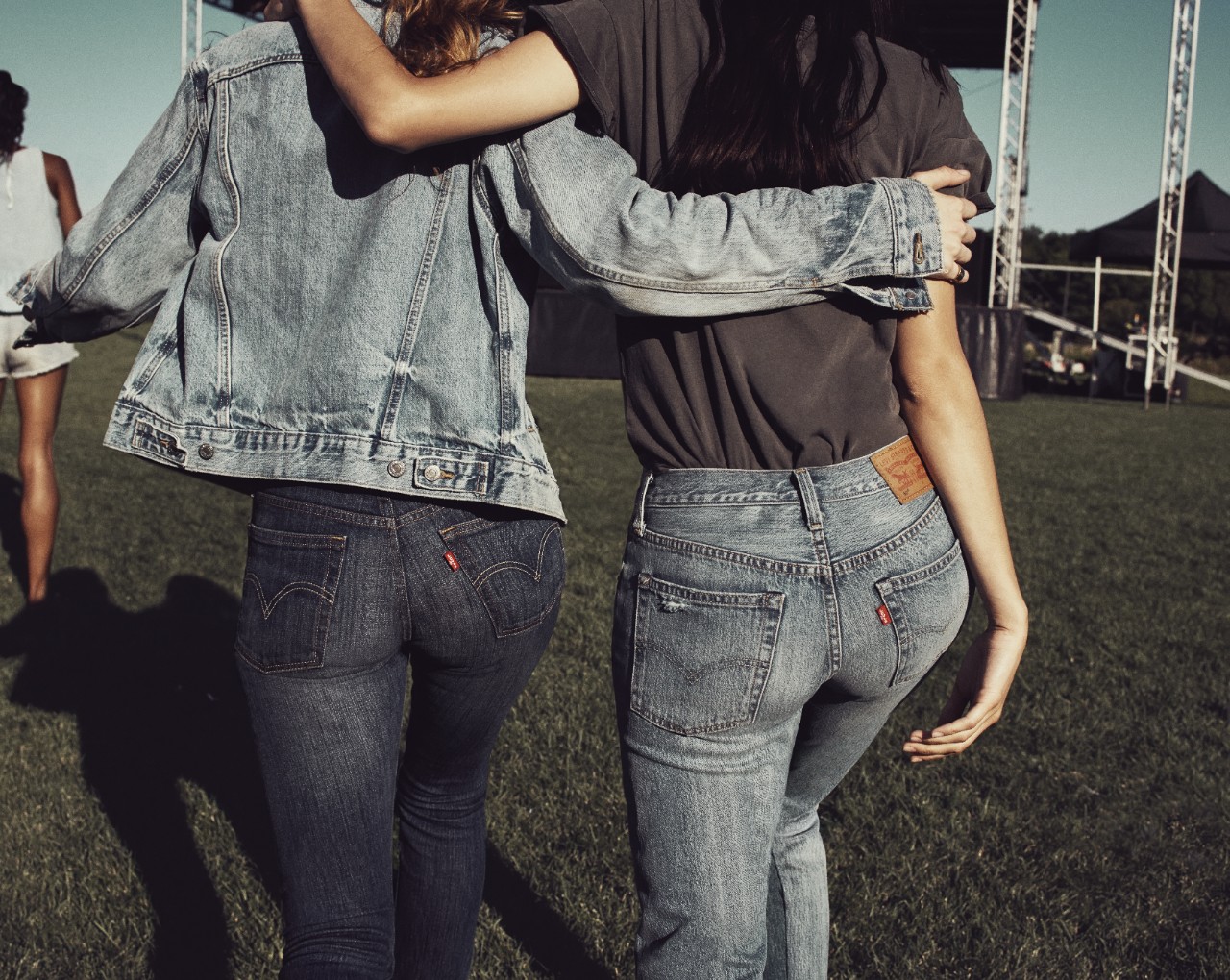 Stories of an Original

The Levi’s 501® Jean is without question one of the most iconic garments in fashion history. Tracing its origins back to 1973 in California, the Levi’s brand was first established when a German trader named Levi Strauss met tailor Jacob Davies and the pair made it their mission to create tough pants to withstand the wear and tear of Californian mines. A patent was granted for Strauss and Davies to create pants with rivets placed in places of strain for greater durability and like that, the Levi’s brand was born.

It was almost 40 years until Levi’s first produced its now internationally celebrated denim. In 1915 the brand partnered with a denim fabric mill based in North Carolina called Cone Mills. For over 100 years, Cone Mills has been the home of Levi’s denim. While the 501 jean has continuously evolved as it was become the pant of choice for everyone from miners and cowboys to skateboarders and rock stars, Cone Mills has resolutely ensured the quality of Levi’s jeans with a denim process that remains virtually unchanged until this day.

To celebrate the heritage and cultural influence of the 501 Jean, Levi’s recently released the fifth episode of The 501® Documentary. Each episode in the series documents a unique aspect of the 501 story, with the fifth episode exploring the relationship between music and the 501® Jean including interviews with Solange Knowles, Vince Staples & Snoop Dogg. Discover the full story with the documentary, narrated by folk legend Ramblin’ Jack Elliot, below.

In this episode we trace the 501® Jean’s roots as a utilitarian garment for coal miners, cowboys, industrial workers, all the way to the creative workers who continue to wear it today.

Tracing the time when Levi’s® are begun to be worn for their look for the first time, rather than function. Hollywood stars adopt it for decades and the 501® Jean becomes a style icon: continuing to inspire contemporary designers and style leaders.

In this episode the 501® Jean is explored as a symbol for countercultures as broad as biker clubs, punk, rap, skateboarding, and art movements. It can be seen on crowds through decades of activism: from beats to hippies, LGBTQ rights protests, to the fall of the Berlin Wall.

This episode explores the denim culture Levi’s® generated beyond its homeland— a passion particular to Japan. This film tells the story of Levi’s® arrival in Japan in the 1950s, the vintage denim explosion that culminated in the 1990s, and how Japan’s take on Americana is now globally influential.

This episode explores the relationship between music and the 501® Jean. Beginning in the 1950s, rockabilly musicians started wearing their 501® Jeans on stage. Today it’s hard to find a musician who doesn’t wear Levi’s. This film explores the power of music and the impact of the 501® Jean on subcultures throughout musical history to today.

Discover the full Levi’s range online at The Hut >>

The UK’s Best Hikes for Beginners