The very best thing about Pixar’s wonderful Toy Story series is that they can be enjoyed by absolutely everyone. Those three movies are not only some of the best of their kind, but highbrow cinema pundits frequently list them amongst some of the best films that have ever been made, animated or not. Normally you wouldn’t expect the videogame version of a third film in a series to be worth investing in, but Toy Story 3: The Video Game is a glorious exception, and probably stands as one of the best film adaptations to date.

It’s really two (excellent) games in one. The first half of it involves tackling a series of very straightforward puzzle and action levels, that have all very cleverly been designed with families in mind. The game can be played by two players at once if you so wish, and some of the puzzles that emerge in the game, many of which involve selecting the right character (Buzz, Woody or Jesse) for the right job, will demand both a bit of thought and a teensy bit of finger dexterity. Some parents, who may have enjoyed the odd videogame in their youths, will probably be reminded of various old-school classics like Jon Ritman’s devilishly clever Head Over Heels from way back in 1987. 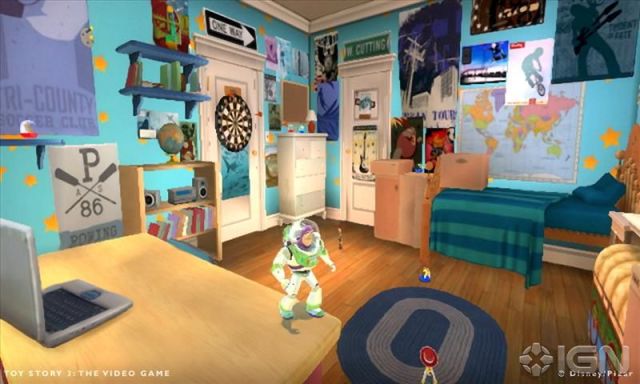 But the puzzles that you find in Toy Story 3 are so clever that they are ideal for a whole family to sit around solving together. Some of them are a bit more devious than others, but nobody should worry too much, because hints and tips are available at all times at the touch of one single button. So even very young gamers, for whom this may act as a first sample of gaming, will be assisted at every turn. The game has been made so that nobody gets stuck or frustrated, but if you fancy the challenge, those helpful hands are only there when and if you want them to be.

The other half of the game is an open-world style game that takes place in an environment that is based on Woody’s old TV show Woody’s Round Up. You can still play as either Woody, Buzz or Jesse, but this time you are free to run around and tackle the game however you wish. The game asks you to act as the town’s sheriff, and as you wander the land you’ll be asked by various loveable characters (all of them from the films) to complete a series of tasks that earn you money, which you can then use however you like. 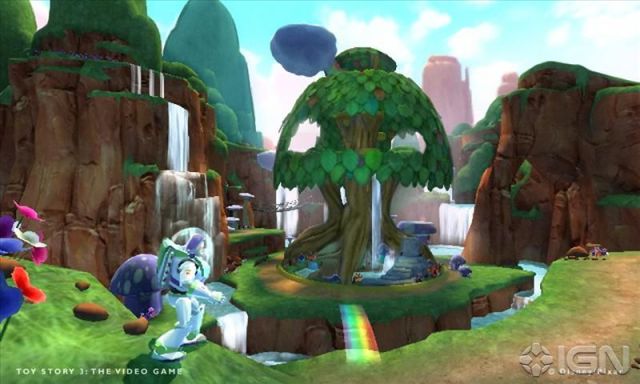 You can build new shops and buildings (which you can then re-design if you want) and with these new places come a new set of missions to complete. The best thing about this mode is that it introduces younger players to the open fashion in which many games these days are designed. You can run around and take on whatever you like, whenever you like, and there is no pressure to tackle any levels that you feel you aren’t ready for yet. And once again, if you need them, there are tutorials and helpful hints everywhere if you end up getting stuck.

It’s a clever way to introduce younger players to the ‘sandbox’ genre of games that are so popular with adults nowadays, but grown-ups will probably be sucked in by the colourful graphics, the charming dialogue, and the palpable sense of adventure and discovery. Toy Story 3: The Video Game is a real surprise, and looks like it could stand proudly alongside Lego Harry Potter as one of the best family orientated videogames of the year.

An Interview with Penny Armstong, Designer at Native Youth

LEGO BOOST: Everything You Need to Know